Prehistory is the period which has records of human activities, civilization, using of stone tools. This period doesn’t witness any writings from the civilians, therefore, this period is the prehistoric period in Ancient history. To know more about the Prehistoric period explore the article further.!

Ancient history is the summation of events from the period where there was no human activity records and writings along with the period when there are records of the human activities. This period has witnessed the greatest wars of Bharat Varsha that is India as the whole country and also some efficient human civilization like Harappan civilization. This era was witness by people from 60,000 BC to 650 AD.

The archaeologists also disclose the methods and techniques used for power conservation and agricultural methods. They also have explored the tools used by the people made up of stone, bronze and iron materials. The fall of an ancient era was evident after certain events and they are as follows

The prehistoric era is the witness of the time when there was no record of human activity or writings. prehistory also refers to the hunter-gather lifestyle of people in that era/ period. Pre-history is the fact of origin of human activities and civilization thousands of years ago. In general, prehistory is divided into 3 ages and hence the name was given ” A 3 Age System”.

The 3 ages are Stone Age, Bronze Age, and Iron Age. These 3 ages give pieces of evidence of human activity in ancient times. These ages are evolutionary ages in humankind.

Stone Age is the very first age notice the change in human civilization. Use of stone and tools made up of stones were used. The stone age further divides into 3 more sub-parts and they are as follows: 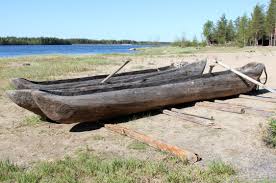 The metal age marks the end of the stone age. Metal age is broadly categorized into two ages and they are as follows 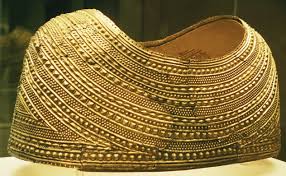 Ans: Early people painted on the walls of caves.

Q2. What tools would you use today for cutting fruit? What would they be made of?

Answer: We use a knife for cutting fruit. Knives are made of steel

Q3. List three ways in which hunter-gatherers used fire. Would you use fire for any of these purposes today?

Answer: Three ways in which hunter-gatherers used fire are as follows: