Gupta Empire was strong and long ruled empire of northern Indian. Chola, Chera, Rashtrakuta and Hoysala were the peek dynasties of southern India. Gupta empire witness some of the great changes in human civilization. Know more about Gupta empire and southern empires explore the article further!

“Golden age” in Indian history is referred to Gupta empire. These era witnesses the great advancements made by historical academics scholars such as Kalidasa, Aryabhata, Varahamihra, Vishnu Sharma and Vatsyayana. This dynasty ruled for 500 years over the most northern parts of India.

Gupta empire has lead India on the path of flourished and efficient India. Scholars like Aryabhata and Varahamihra came up with the concept of zero and hence due to these achievements, this era was the “Golden Era”. From the early 4th century to the 6th-century rule of Gupta dynasty was there.

Buddhism and Jainism were spreading across the empire. During this era scholar’s inventions and theories were one of the features of Gupta empire to flourish and as a result, the great invention of chess, rotation of the earth, the concept of Rahu and Ketu and medical surgeries were practised in India. Therefore, this period is “Golden Era” 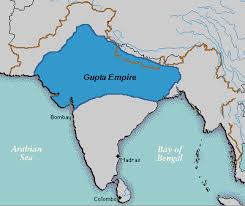 Dynasties like Satavahana, Chalukya, Chole, Pallava, Rashktrakuta, Kakatiya and Hoysala were ruling southern Indian parts for thousands of years. Therefore, the rise of Southern empires was evident from fall of Iron age. Since southern dynasties rule most part of the southern parts of India, therefore the protested against the Mughal expansion which was invading southern India.

Geographically speaking there were two main dynasties which were ruling the Southern and Deccan part of India. In particular, these dynasties were not only Chalukya but also Pallava as well. 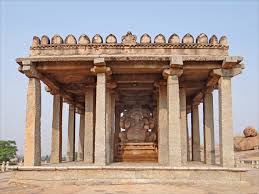 Q1. Expansion of agricultural land took place on the largest scale in which period?

Answer: The correct answer is the option ”d”. Expansion of agricultural land took place on the largest scale in Gupta Age.

Q2. Which ruler suffered defeat at the hands of Samudragupta?

Answer: The correct answer is option ”c”. Rudradeva suffered defeat at the hands of Samudragupta. After the death of Hameer Dev, Rudra Dev became the king. He was a brave person and established peace in his state. He was married to the daughter of a neighbouring state and got that state in dowry. Rudradeva also declared Rudri as his capital of the state and got the temple of Lord Shiva constructed on the bank of Mahanadi. This temple is famous by the name of Rudreshwar.

Q3Which one of the following was the official language of Gupta period?

Answer: The correct answer is the option ”d”. Sanskrit was the official language of Gupta period.