Vedic culture is divided into two groups and four Vedas – Aryans, Dravidians, and Brahmana, Kshatriya, Vaishya, Shudra respectively. It was founded in 1200 BCE. In the Vedic period, agriculture and pastoralism were economic factors. Vedas is the reason for religions flourishment. Religious Movements marked its changes with creating Upanishads. Let us learn more about Vedic Culture and two main religions – Buddhism and Jainism. 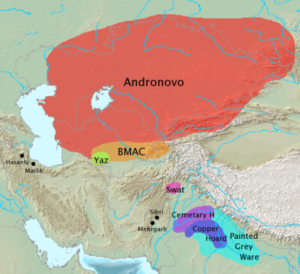 Indo-Aryans followed the religion of Vedic culture. Initials of this culture if found around the end of Indus Valley Civilization that is around 1200 BCE. Vedic Culture is divided into four Vedas on the basis of the religious beliefs and religious groups. These 4 groups are Brahmana, Kshatriya, Vaishya, Shudra.

Brahmana is the religious group with has scholars and well-educated people of that era. Therefore brahmana is the most respected tribe. Kshatriya is the tribe which protects and fights for the welfare of the kingdom. Hence, Kings and soldiers usually belong to this tribe of Vedic culture.

Therefore, the tribe was brave and fought for the kingdom. Vaishya is the tribe which endured in an occupation like agriculture and cattle rearing but over a time they became the landowners and money lenders. Shudra is the lowest of all the varnas.

Change in culture and economic factors of society led to the Religions of people. The caste system introduced on Vedic Culture was very rigid and interchange amongst the caste was impossible. The religious rebel was strong in India at that time 62 different religious came up but the two main Religions to have its origin in India during this era are Jainism and Buddhism. 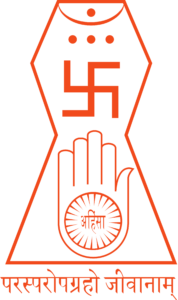 Jainism was found by Mahavir Vardhaman. This religion has twenty-four Tirthankaras, all of them belonged to the royal family.  Jain Tirthankaras of two types and they are Rishabha and Arishtanemi. Four teachings of Jainism are

Once Mahavira attained supreme knowledge he was also known as Jitendriya(one who has conquered all his sense), Nragrantha(free from all bounds),  Mahavira (the brave). Jains are therefore the followers of Mahavira. Twelve Angas define Jainism completely and accurately Vallabhi has a written verse of there Angas. 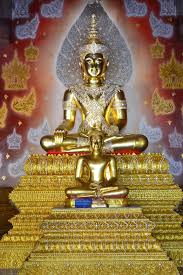 Buddhism was found by Gautam Buddha. He attained his enlightenment at the age of 35. It is said that Buddha saw an old man dying out of suffering. Hence decided to go to seek mental peace. Buddha put forward and the eightfold path. The folds are Right Understanding, Right speech, Right Thoughts, Right Action, Right Livelihood, Right Efforts, Right Mindfulness, Right Concentration.

The development sequence is Mortality (Sheela) then Concentration (Samadhi) and then wisdom (Panna).  Hence by following these steps you gain full enlightenment and can lead a righteous life. The 3 pillars of  Buddhism is: the Budhha, it’s founder, the Dhamma, his teachings and the Sangha. The 1st pillar is the Buddha which represents the Gautam Bhudh himself. the Dhamma is his teachings which include the cycle of life. Altogether with rebirth, samadhi and also wisdom attained.

Q1. Who is also known as Nigantha Nata Putra?

Q2. Who among the following presided over the Buddhist Council held during the reign of Kanishka at Kashmir?

Answer: The answer is ”d”. The Fourth Buddhist Council was held in the 1st century A.D. in Kashmir under the patronage of King Kanishka. According to Chinese traditions, Vasumitra presided over the council. During this council, the Mahayana and the Hinayana sects of Buddhism got separated. Therefore, Vasumitra is the answer.

Answer: The answer is ”b”. Prabhasgiri, a famous pilgrim place of the Jainas. It is said that this is the place where 6th Tirthankara of Jainism, Lord Padam Prabhu had his two Kalyanakas. There is a Jain temple on the hilltop that attracts pilgrims. Given these points, Jains is the answer.