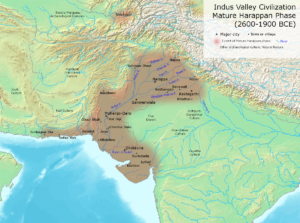 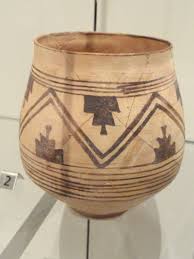 The Aryan civilization or the Vedic period of India has established the Vedas and other rituals.  This period also introduced the caste system in India. The caste system had 4 divisions namely Brahmana, Kshatriya, Vaishya, Shudra. Trading of goods and other materials started during this period.

This preceded by the Vedic age of Indian civilization. This period lasted from 700 BCE to 350 BCE. Its origin is in the tribal race of the Indo – European parts and was instituted by warrior chief of the civilization. It was an age of creativity as writing and creation of alphabets. Trading goods and other agricultural activities like watering and fertilizing the farms.

This era witnesses the spread of two religions  Buddhism and Jainism. This period was invoked in the 6th century. Jainism was started by Mahavira and therefore was titled as” The Great Hero”.  Jainism promoted self-torture. Buddhism was started by Guatum Siddharta and therefore was titled as ‘The Enlighted one”. Both these religions release the worldly desires.

Maurya era was led by Chandragupta Maurya of Magadha and also defeated the kongs of Indus Valley civilization. Maurya empire was the largest empire of that period. Alexender the great attacked India during those time Chandragupta Maurya rebelled and conquer many states in India.

Ashoka was the successor of Bindusar. He was Kwon for his welfare skills and also the administration. After the war with Kalinga, witnessing the bloodshed. He henceforth obtained the path of peace and therefore walk on the path of the Buddhist religion.

After king Ashoka, the successors were unable to manage the throne.  Hence led to fragmentations is the empire and also the decline of Maurya empire was initiated. The economy failed and had a devastating effect on the kingdom.

Q1. The archaeological finds from Alamgirpur in Meerut district reflected the _______.

Answer: The answer is option ”a”. The archaeological finds from Alamgirpur in Meerut district reflected the Harappan culture. Alamgirpur was discovered in 1959. This site shows the presence of Harappan civilization to the east of Yamuna river.It was the easternmost territory of the Indus valley civilization.Vedic Culture started in Indian sub-continent from 1500 BC onwards.

Q2. The polity of the Harappan people, as derived from the material evidence, was _______.

Answer: The answer is the option ”d”. Theocracy means that a deity is the source of power for the Government. The design of the citadel in Harappan cities led many to suggest that Harappan polity was a theocracy. Many buildings are considered to have been of ceremonial or ritualistic purpose. For example, the processional terraces with guard rooms at Harappa. A unitary government is one in which the central Govt is supreme and the administrative units derive their power mainly from the central Govt. The standardization in the layout of Harappan cities, weights and measures, burial customs, extensive and coordinated trade networks suggest the unitary form of Govt.

Answer: The answer is option ”a”. Since the Harappan site located on the Iranian border was Sutkagendor. Sutkagendor- This is the trading post located in the Baluchistan area bordering Iran(current map of the world). This trading post was supporting the trade with the Persian Gulf.