So, what makes up the economy of our country? The people? The jobs? What about the transport system that has made this country what it is now! Yes! If we are to speak of the lifelines of national economy, transportation does play a major role. In this chapter, we will discuss all the types of transportation channels that have made our country prosper.

Why is Transportation Important?

A good transport system makes it easier to transport raw materials to the factory. Transportation plays a major role in the lifelines of national economy. They also ensure that the finished products are transported to the consumers. Production of goods and services determine the pace of a country’s development. Therefore, efficient means of transport are pre-requisites for fast development. 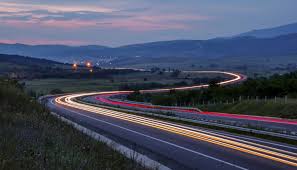 India has one of the largest road networks in the world, aggregating to about 2.3 million km at present. Hence, the growing importance of road transport vis-à-vis rail transport is rooted in the following reasons;

The Railways are the principal mode of transportation for freight and passengers in India. They also make it possible to conduct multifarious activities like business, sightseeing, pilgrimage. Therefore, they play a major role in the transportation of goods over longer distances. Railways in India bind the economic life of the country as well as accelerate the development of the industry and agriculture.

The Indian Railway is now reorganized into 16 zones. The distribution pattern of the Railway network in the country has been largely influenced by physiographic, economic and administrative factors. The northern plains with their vast level land, high population density, and rich agricultural resources provided the most favorable condition for their growth. Therefore, the railway network is well advanced in this area.

Likewise, it was difficult to lay railway lines on the sandy plain of western Rajasthan, swamps of Gujarat, forested tracks of Madhya Pradesh, Chhattisgarh, Orissa, and Jharkhand. In recent times, the development of the Konkan railway along the west coast has facilitated the movement of passengers and goods in this most important economic region of India.

Pipeline transport network is a new arrival on the transportation map of India. In the past, these were used to transport water to cities and industries. Now, these are used for transporting crude oil, petroleum products, and natural gas from oil and natural gas fields to refineries, fertilizer factories, and big thermal power plants.

The three major pipelines laid in our country are:

Waterways are the cheapest means of transport. They are most suitable for carrying heavy and bulky goods. It is a fuel-efficient and environment-friendly mode of transport. India has inland navigation waterways of 14,500 km in length. We have three National Waterways:

Q. Write a note on the other channels of communication in India, lifelines of national economy.