You know that you use coal for barbecue, but what type of gas do you usually in your kitchen? Do you know that? Generally, natural gas is used in the kitchen to cook food. But what is natural gas? How is this formed? What are its uses? What are its properties? Let’s find out more about it.

What is Natural Gas? 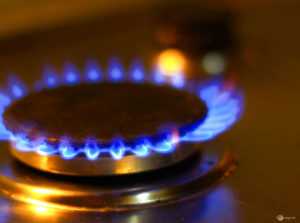 Natural Gas is a fossil fuel. It occurs naturally and approximately consists of 95% hydrocarbon methane, the other 5% consists of nitrogen, carbon dioxide, helium or hydrogen sulfide. It takes millions of years for it to form.

The gas is formed when layers of decaying plants and animals are buried under the earth’s surface and are exposed to intense heat and pressure for millions of years. Plants originally obtain energy from the sun and store in the form of chemical bonds in the gas. And thus, the formation of this gas occurs.

The following are the properties of Natural Gas :

The following are the uses of natural gas :

Q. Which of the following statements is not true about Natural Gas?

Sol: Statement d is false because natural gas is odorless when found in nature. But late on, chemicals are added to give it a distinctive smell to prevent gas leaks.