The transport system of a country plays an integral role in its growth for a multitude of reasons. Due to the quick and easy movement of raw materials, machinery, finished goods, etc., it benefits industries. In this article, we will focus on the role of the transport system in the economic development in India.

A good transport system can broaden the market for goods. It can also make the movement of raw materials, fuel, equipment, etc. to the places of production easy.

Further, it opens up remote regions as well as resources for production. Also, as transport facilities increase, the demand for motor vehicles, locomotives, ships, etc. increases too.

This leads to the start of industries which specialize in these goods. let’s take a quick look at the transport system and understand how it contributes to the economic development in India. 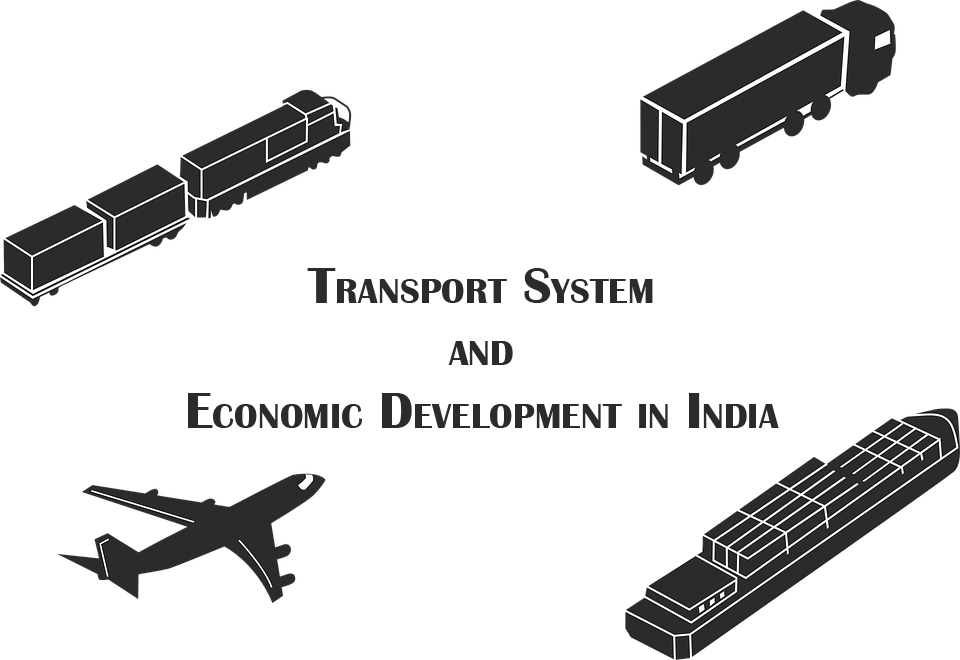 Further, it is one of the largest railway systems in the world. In the last few years, the Indian Railways is taking huge initiatives in shifting to Public-Private Participation (PPP) for constructing and operating certain railway infrastructure.

Since it is a public utility undertaking, it has to bear the social burden in the form of:

Learn more about Economics Issues in India here in detail.

In India, we can classify roads into three types:

In India, we have two types of water transport services:

Air transport helps in the optimization of technological, managerial, and administrative skills in a resource-scarce economy. There are several agencies which provide civil aviation services in India.

Q1. What are the different transport systems in India?

Answer: The different transport systems in India are as follows: