Look out of your window and you will see buildings, trees, telephone poles and people. People have shaped the world we live in today. We have constructed buildings, telephone poles, planted trees etc. But we aren’t the only ones moving things around. In fact, temperature, wind and rain do this all the time. As a result, creating landforms. Landforms are shapes out of the Earth. Let us learn more about it.

Landforms are the physical features on the Earth’s surface. Mountains, Plateaus and Plains are some major landforms of the Earth. Natural processes such as weathering, water, elevation, sinking, and erosion of the soil are constantly shaping the Earth’s surface. It doesn’t really happen overnight. In fact, it takes hundreds and thousands of years for us to notice these changes. These processes lead to the formation of various landforms. In other words, landforms originate from these geological processes. Let’s understand the processes that shape the landforms.

External process means effects caused by external factors such as rain or wind. These cause erosion and deposition. Erosion and deposition are natural processes that change the surface of the Earth. To clarify, erosion is a process in which sediments get deposited or dropped off in a different location. And sediments are nothing but the materials on the Earth’s surface such as soil and rocks.

As the name suggests, internal processes are processes that occur inside the surface of the Earth i.e. beneath the crust. For example, volcanic eruption and plate tectonics. These occur because of the intense heat in the Earth’s core which causes the molten rock in the mantle layer to move. As a result, creating uneven movement on the surface. These layers are either uplifting or sinking.

Depending upon the elevation and slope, landforms can be categorized into Mountains, Plateaus, and Plains. Let us look at them individually. 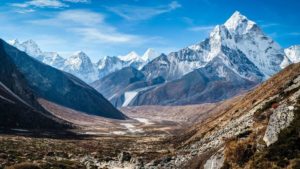 A Mountain is any landmass that is higher and steeper than a hill.  A hill is a landform that extends above the surrounding terrain. In general, the mountains are higher than 2000 ft. Like in any other natural elevation such as atmosphere, as you go higher, the temperature drops and the climate becomes colder. Thus, habitation becomes harsher. And that’s why there is less habitation in the mountainous areas.

Furthermore, because of the temperature drop, it is not uncommon for high mountains to develop ice on them. In fact, some of them have glaciers. Glaciers are permanently frozen rivers of ice. Also, because of the steep slopes of the mountains, there is less land available for proper farming.

Considering the sea base as the scale, if we calculate the height of the surface, then there are mountains even under the ocean. For example, Mauna Kea (Hawaii) in the Pacific Ocean. In fact, it is elevated higher than Mt. Everest.

A range is a line of mountains. The Himalayas in Asia, the Alps in Europe and the Andes in South America are some examples of mountain ranges. These ranges are the storehouses of water. Many rivers have their origins in these mountains. In fact, the glaciers of this landform are the source of these rivers.

Mountains are generally untouched by civilisations and thus have the endangered species of plants and animals. They also inhibit a rich variety of flora and fauna. There are three categories of mountains. Let us know about them.

When two tectonic plates collide and the edges of these plates ‘fold’ because of the enormous push force between them it results in the creation of fold mountains. Scientists classify the fold mountains into ‘young fold’ and the ‘old fold’ mountains according to its age. 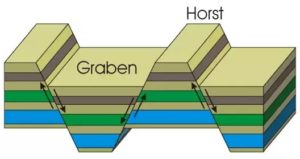 Block mountains occur when large areas are broken and displaced vertically. These large areas of rock, sometimes stretching across hundreds of kilometres, are created by tectonic and localized stresses in the Earth’s crust. 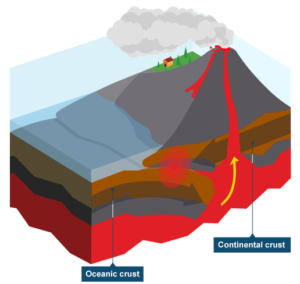 Magna rising up from the mantle to the crust of the earth forms Volcanic mountains. Examples are Kilimanjaro and Mount Fuji. 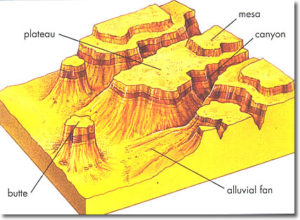 Plateaus are elevated flatlands. In other words, it is flat land which is standing high above the surrounding area. Furthermore, they may have one or more sides with steep slopes. Also, depending upon the plateau, their height varies from a few hundred meters to several thousand meters.

Plateau regions give birth to the waterfall. For example, Hundru falls in the Chhotanagpur plateau and the Jog falls in Karnataka. Moreover, these landforms are also centres for tourism and scenic activities. 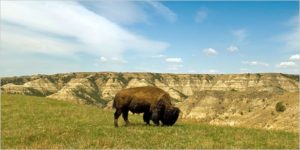 Rivers and their tributaries form plains. The rivers flow down the mountains and erode them. They deposit sediments along their courses and in valleys. These deposits form plains. In India, the Indo-Gangetic plains are the most densely populated regions of the country. As can be seen, where there is water, there is life.

Major Landforms of the Earth

How are valleys formed

Major Landforms of the Earth