A road that can take you to a new place or to a place that you recognize with fond memories, isn’t that the road that you would like to take? Roadways serve a vital purpose in any country and nation. They allow people and automotive to traverse a diverse range of lands so that they can reach their destination without any hindrance.

Imagine what it would be like, not to have a road and to tread upon the fresh earth, just to get somewhere. Roadways are an important form of infrastructure that is ideal and necessary in any area. Let us get to know more about roadways and their purpose.

Purpose and Importance of Roads in a Country

For any type of movement, a road is an important form of infrastructure that can take a person from one point to another. Therefore, whether people have to be transported along a route or a transport of goods has to take place, a road will always help in completing the task.

Means of Transport on Roadways 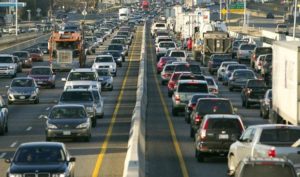 Every day, more than a million people and vehicles run across roads all over the world. They do so through one or the other mode of transports. As the era changes and improves, we have also developed several new and innovative ways to travel across roads and reach the intended destination. If we take a look at the different modes of transport that are available in the country, we would be able to discover the following:

Connecting different cities and towns and even villages, roads serve a very important means for vehicles and people to travel from one place to another. Among the most common examples of land transport through roads are buses, trucks, motorcycles, rickshaws, and scooters.

In old days, people used to make use of animals to travel and complete their journey. The practice of using animals for the purpose of transportation is still prevalent today. It can be seen in the form of bullock carts, horse rides and more.

In an analogous manner, rail transport also serves the purpose of transporting people and goods from one place to another. As against the liberty to move anywhere on a road, one can only move on a specified rail track when travelling through a rail transport.

Travelling Through India on a Road

In India, all cities and villages are very well connected through an appropriate system of roads. There are a number of roads in the country that pass through some of the prominent states of the country such as Maharashtra, Gujarat, Punjab, Himachal Pradesh and many more.

Among the roads of India, many lie on flat plains of the earth while others lie on the hilly regions of the mountain ranges on India. The adventure that a road trip invites travel enthusiasts is enthralling. For a road trip, one is likely to carry stuff like a tent, medicines, clothes, torches, packaged food items, drinking water, shoes, tent canvas, camera and more.

An Indian road can take you to the hilly regions of the Himalayas or the shores of the beaches along the coastlines of the Indian Territory. All along these routes, you will be able to come across a variety of houses, people and rituals. This is exactly why people undertake a road trip, to get a taste of the varying flavours of different regions in the country.

Q1: What are the other modes of transport that are available for travel in India?

Answer – Apart from road transport, one can choose to travel through air, which would be possible through the endless number of flights and air companies that offer their services across major destinations, on a daily basis. Nowadays, air travel is being chosen by people to reach their intended destination so that they can save their crucial time and travel with comfort.

Share with friends
Previous
A Seed Tells a Farmer's Story
Next
A Shelter So High!

A Shelter So High!

A Shelter So High!