The topography is a broad term that describes a landmass in detail. Furthermore, it is the art of practice of portraying a surface in maps or charts.

It shows natural as well as manmade features and tells about their relative positions and elevations. In topography, the top combines with a graph which means to write and describe. It not only shows the features of the surface.

But also indicates the approximate altitude and contours of a region. In other words, it displays the two-dimensional picture of natural and man-made features. Various hikers, engineers, surveyors, and government workers use it for different purposes. 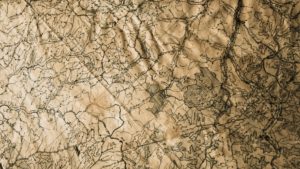 Furthermore, the landforms are the physical features present on the earth. For instance rivers, lakes, mountains, hills plateaus, and plains are some of the major landforms of the earth.

Apart from this, the elevation is the height of any mountain, hill or plateau from the mean sea level. The topographical sheet reveals all the necessary information about these landforms. As well as with their exact locations.

In agriculture, it determines the methods of soil conservation and the flow of water. Furthermore, it helps in minimizing soil erosion by helping scientists in giving information on the landmass. Weather forecasting also gets benefits from it. As different landforms alter the climate of different places.

Therefore it helps the weather forecasters to determine the weather conditions. Apart from this, the military uses this to gather information on the land area.

Thus they can plan their strategies with the help of it. In conclusion, civil engineers and various government workers use it to perform their duties in an effective manner.
How is the information gathered of a topographical map?

There are two methods to gather information:

Direct survey – Direct survey uses equipment like clinometers, levels, and theodolites. These equipment work to determine the location of land and surveys.

Further, these techniques combined with other systems. Such as aerial photography and satellite imagery to get a complete picture of the landform.

Further, this includes remote sensing data and raw survey data. The Indirect survey method eases the work of many scientists and is cost-effective.

The reflected sound gets recorded by the microphone. This data also gives information about shipwrecks and changes in the underwater terrain.

Examples of Topography in Maps

Each country sets its own priorities while making the map. For instance, while constructing a highway the map can feature woodland cover, rock classification and soil type along the route.

Furthermore, another example is the USGS Tapestry of time and terrain. In this, the map shows underlying rock formations and hill shade. As a result, it helps to show the geological history of the continent by showing mountains and events.

Q. Which topographical feature tells the north and south position of a place?

Answer. Option B is correct. Latitudes are the topographical features that tell us the north and south position of a place with respect to the Equator.