Table of content
1 Definition of Biome
1.1 Examples Of Terrestrial Biome
1.2 Examples of Aquatic Biome
1.3 Solved Question for You

A biome is an extremely enormous geological territory that is greater than a biological system. Furthermore, biome definition is that its a huge territory of land that is grouped dependent on the atmosphere, plants, and creatures there. Moreover, biomes contain numerous biological systems inside a similar territory. 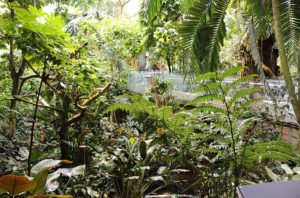 Prairies speak to biomes commanded by grass. Furthermore, the hot, tropical savanna takes up about portion of Africa just as parts of India, South America, and Australia.

Savannas get concentrated precipitation for a while and after that dry spell. Hardly any trees spot the green savanna.

Aquatic biomes are identified with waterways.

Lakes and lakes experience warm blending. These biomes host fish, waterfowl, green growth, scavengers, and microorganisms. Waterways and streams continually advance toward either lakes or seas. Their ebb and flow speed influence the sorts of species that live in them, just as water clearness.

Model: the Columbia River in the Pacific Northwest.

Wetlands are shallow waterways, for example, lowlands, bogs, swamps, and mudflats. Also, they give the environment to numerous plants and creatures. The water stream is enduring in freshwater wetlands.

Coral reefs exist in shallow pieces of some tropical seas. Made of calcified stays from coral creatures, these reefs develop after some time and give living space to numerous submerged species. For example, the Great Barrier Reef of Australia is an enormous case of a coral reef biome.

Q1. Which biome has a long dry season?

A1. The answer is (d). This is because Savannas have the longest dry and warm season throughout.