The definition of the north for other planets in the solar system is as being in the same celestial hemisphere relative to the invariable plane of the solar system as the North Pole of the planet Earth. Around 60% of the surface of Northern Hemisphere is water. 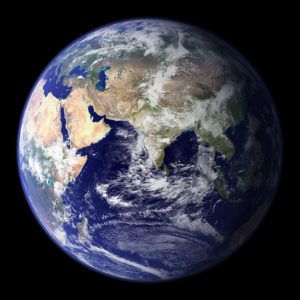 The southern hemisphere refers to the half of the Earth which is to the south of the Equator. It contains all or parts of the five continents which are Antarctica. Africa, Australia, South America, and Asia. Moreover, it has four oceans which are Southern, Indian, South Atlantic, and South Pacific.

Moreover, there are some continents have parts in both the hemispheres. Europe and North America lie completely in the northern hemisphere.

Almost all of the entire Asian continent and one-tenth of South America lie in the northern hemisphere. The North Pole is certainly in the hemisphere of the north.

In contrast, the South Pole lies in the Southern Hemisphere and at its most southern part.

There are differences in summer and winter seasons between the two hemispheres. Consequently, this results in very different temperatures at the same time of year between the most southern and northern locations at any particular time of the year.

Some variations in pollution are certainly notable when it comes to the two hemispheres. Most noteworthy, the southern hemisphere has a much smaller population in comparison to its northern counterpart.

Therefore, there is a significantly lesser amount of industrialization and pollution in the southern hemisphere compared to the north.

As a result of the Coriolis effect, the hurricanes and tropical storms tend to rotate in a clockwise direction when occurring in the Southern Hemisphere. Furthermore, they rotate counterclockwise in the hemisphere of the north.

During the day in the Northern Hemisphere, the sun rises to its maximum point at a southerly position. This is because goes with the direction of the equator (south).

In the Southern Hemisphere, the opposite situation takes place. Therefore, in the south, the sun rises to the maximum point in a northern direction.

Share with friends
Previous
What is an Electron?
Next
Ovule - Definition, Functions and Structure