The Independence from the Britishers left us with two countries India and Pakistan. Pakistan was further divided into East Pakistan and West Pakistan which later on led to the formation of Bangladesh. Let’s find out more about India After Independence.

15th August 1947 marked the end of colonial rule in India and the country found itself standing on the threshold of a new era wherein the task was to build a strong nation. While India found itself independent from the British, it was still to find independence from social, economic and political problems that had started to become a rock in the way of its growth. The problems that India faced right after independence can be divided into three phases: 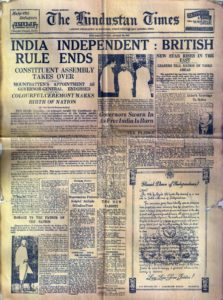 India primarily these issues during this phase:

Learn more about Nationalism in India here in detail.

The problems that India faced after independence in this phase were as follows:

In 1967 elections were held in February. This time the popularity of the Indian National Congress had declined considerably although the INC did win for the fourth time. The number of seats won was less. The reason behind the dismissal show of the Congress was the death of two prominent leaders, Jawaharlal Nehru, and Lal Bahadur Shastri. There were also internal problems in the party. The most important feature of the elections of 1967 was the coming together of the opposition parties.

The Naxalite Movement was a revolutionary movement that was started by the Naxalbari in Bengal another group of Maoist themed activities in Andra Pradesh the AndraNaxalitess were mainly active in two regions Telangana and Srikakulam bordering Odisha in both the regions the area of dispute was land and forest.

The main victims were the tribals and the peasants. The movement was violent. In Srikakulam, the struggle was led by a school teacher. He led the tribals in a series of labour strikes, seized grains from the rich farmers and redistributed it to the needy. In Telangana, the struggle was led by a veteran of the communist movement. The Naxalites formed a new party called the – CPI  Maonist.

From 1973 there was a sharp recession, growing unemployment, rampant inflation and scarcity of basic food. The oil crisis of the mid 70’s had also contributed to the crisis and all of these developments together led to riots and large-scale unrest and strikes and erosion of support for the Congress from the poor and the middle class.

He had made a public criticism of the central government. His entry gave the movement a great morale boost. It came to be known as the JP movement. He asked students to boycott their classes and the people to raise their consciousness against the corruption of the government. The result was constant clashes between the students and the police.

The government responded to the JP Movement by declaring National Emergency which was the greatest threat to India’s democratic foundation. From 1973 there was a sharp decline in the economic situation, a combination of growing unemployment, rampant inflation, and scarcity of basic food and essential commodities created a serious crisis.

Learn more about the Making of Global World here in detail.

India primarily these issues during this phase after independence:

On 18th January 1977, Mrs Gandhi suddenly announced that elections to the Lok Sabha will be held in March. The election was seen by the people as a referendum on the emergency. JP also campaigned against the Congress. The Janta party and its allies won with a huge majority. The Congress did not do well. It was virtually wiped out from the north. Sanjay Gandhi and Mrs Gandhi were both defeated however they continued doing well in the south.

Return of the Congress to Power

Even though the Janta Government had won with a huge majority, it was not able to retain power for a very long period of time. Soon after the elections, there was a tussle for the position of the Prime Minister. Their non-performance in administration, lack of implementation of policies and a non-united socio-economic programme declined support among the masses by the end of 1977.

There was violence between Hindus and Muslims. The difference in ideologies paralyzed the government both at the center and the states. In the 1980’s elections, the Congress capitalized on the infighting of the Janta Government and returned to power with a 2/3rd  majority.

During the 80’s the separatist movement in Punjab constituted the greatest threat to the unity and integrity of India, the more so as Punjab bordered Pakistan. After partition, the eastern part of the old Punjab province was now predominantly Sikh and Hindu. Until this time, there had been a little conflict between the Hindus and the Sikhs, but now the Akali Dal began to agitate for a “Punjabi Suba”- or a state for the Sikh in Punjab.

In the elections, the Akali Dal was unable to get a majority to form a government in Punjab even after the formation of a Punjabi State. Having lost the elections of 1980, and to widen their base among the Sikhs the Akali dal began to escalate its demands. The failure of agitations led the Akali Dal to resort to violence and established the beginning of militancy in Punjab.

In 1980, the Congress came to power. From 1980, the Akali Dal under the leadership of Harcharan Singh Longowal decided to choose the path of confrontation. He installed in the Golden temple and began to preach his separatist message.

Parallel to his movement a new charismatic leader emerged among the Sikhs- Jarnail Singh Bhindranwale a fundamentalist preacher, who preached violence and attracted a lot of support. In 1978 his sermons had incited a riot in the golden temple between the Sikhs and the followers of the Nirankari sect. The terrorist movement led by Bhindranwale and Amrik Singh was started by the murder of the head of the Nirankari sect.

In June 1984, Mrs Gandhi and her advisors decided to take some drastic action against the militants in the Golden temple. The Akali leadership was becoming very militant and there was a fear of rebellion in the countryside.

On 3rd June the Indian army led by General K S Brar surrounded the golden temple and on 5th June they were entered. Many temple employees and devotees died in the crossfire. The Akal Takht was destroyed and even the temple itself was damaged. Among the dead were Bhindranwale (the terrorist leader of the Akali Dal) and his followers.

Q1. The concept of economic planning was derived from which country?

Sol. The correct answer is option ”a”. The concept of economic planning was derived from Russia.

Share with friends
Previous
Education in India
Next
India after Independence

What are the problem faced by india after independence

Shortage of food
Drain of wealth