Shariat Act could also be referred to as the Muslim Personal Law. It extends to the entire of the Republic of India except for the State of Jammu and Kashmir. Let us learn about the Shariat Act in detail.

Table of content
1 Personal Law of Muslims under the Shariat Act
1.1 Power to make a Declaration
1.2 Rule Making power
2 Questions on Shariat Act 1937

Personal Law of Muslims under the Shariat Act

If any act includes any provisions that might be in contradiction to the spirit of this act, it will still stand. It will stand true for all questions regarding intestate succession. The special property of females, including personal property inherited or obtained under contract or gift or the other provision of personal law is included in this. 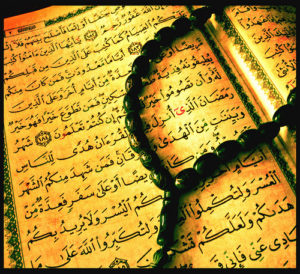 Marriage, dissolution of wedding, including talaq, ila, zihar, lian, khula and mubaraat, maintenance, dower, guardianship, gifts, trusts and trust properties, and wakfs (other than charities and charitable institutions and charitable and spiritual endowments) the rule of resolution in cases wherever the parties are Muslims shall be the Muslim Personal Law (Shariat).

The Shariat Act provides that in a case where both the parties are Muslims then the rule for decision shall be Muslim Law if the case involves any of the following matters:

If both the parties in a case are Muslims then there shall be an application of Muslim Personal Law.

Power to make a Declaration

Any person who satisfies all the undermentioned prescribed authority—

may by declaration within the prescribed kind and filed before the prescribed authority declare that he wishes to get the advantage of the provisions of this section, and thereafter the provisions of section 2 shall apply to the declarant and all his minor kids and their descendants as if in addition to the matters enumerated, adoption, wills, and legacies were also specified.

Ques. Which state out of these does not follow the Muslim Act?

Ans. The correct answer is Jammu and Kashmir