The Indian Divorce Act 1869 is one of the few codified Indian personal laws governing Christians. Since personal laws apply differently to all religions, the Divorce Act is important as it affects the Christian community. The Act contains provisions defining powers of courts, grounds for dissolution of marriages, nullity decrees, custody issues, etc. 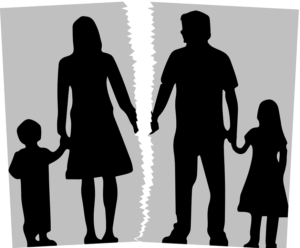 According to the preamble of this Act, it amends the law relating to the divorce of people professing Christianity. It even confers upon certain courts the jurisdiction to settle these matters.

This is the only codified law regulating divorces amongst Christians. The British had first enacted this law before Independence and it continues to be force today.

The Act came into existence on 1 April 1869. It applies to the whole country except the state of Jammu & Kashmir. Furthermore, it applies only to those people who profess the Christian religion. The parties must also reside in India to apply for any remedy under the Act.

Grounds for Dissolution of Marriage

Section 10 of the Indian Divorce Act contains grounds on which a court may dissolve a marriage. In order to avail a divorce, the husband or wife must file a petition before the District Court. This is basically the court under whose jurisdiction the parties solemnized their marriage or they reside or last resided together.

The court may grant a divorce under any of the following grounds:

a) When one of the parties commits adultery;

b) If a party ceases to be a Christian;

c) In case of a party being of unsound mind for two years;

d) If a party has been suffering from leprosy or a venereal disease for two years;

e) In case of a party wilfully refusing to consummate the marriage;

f) When a party has deserted the spouse for two years or more;

g) In case of a party treating the spouse with cruelty.

Apart from these grounds, the wife can present a petition of divorce on additional grounds. For example, she can file for divorce if her husband has, after marriage, been guilty of rape, bestiality, etc.

According to Section 10, the grounds we saw above must exist for a party to file for divorce. However, it may so happen that both parties wish to seek divorce mutually. For this purpose, the Parliament amended this Act to insert Section 10-A.

According to Section 10-A, parties may together mutually file a petition for divorce in the District Court. In order to do this, they must have lived separately for two years and must be unable to live together. In case parties do not withdraw this petition between 6 to 18 months, the court may dissolve their marriage.

Apart from the dissolution of marriage, the Act also contains provisions for nullity. Either the husband or the wife may file a petition for this before the District Court. There are a few grounds for which a party may file such a petition.

For example, the impotency or lunacy of a party at the time of marriage can be ground. One can also file this petition if the other party was still married to his/her former spouse during the marriage.

The Act also contains a provision for restitution of conjugal rights under Section 32. Under this provision, a party may seek restitution if his/her spouse withdraws from their company. Under restitution, the marriage remains but both parties do not possess all marital rights temporarily.

The Divorce Act contains some provisions governing custody of children in cases of dissolution or nullity of marriage. Section 41 empowers courts to make interim orders with respect to custody. Even after passing a final decree of separation, the court may award custody to any specific party.

(c) Parties have to file petitions for divorce or judicial separation before the __________.