Like other religions in India, Islam is also a strong advocate of marriage. It is said that there is no celibacy in a Muslim marriage. Marriage, in India, is a social need through which families are created. Also, families, in our society are the fundamental entities. Furthermore, in Islam, the only way to indulge in intimacy between a woman and a man is through marriage. Also, in a Muslim marriage, a person can practice polygamy. But this Islam prohibits the polygamy. There are many conditions that were guarded by the Prophet for polygamy. 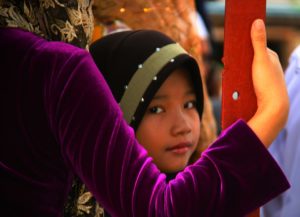 In Islam, marriage is not compulsory. Although it is recommended to marry. Also, for some individuals it becomes obligatory. Also, one should not marry when he does not mean to provide for future family and wife.

There are general essentials that are required for marriage in Islam. These are:

There are two types of Muslim marriage that are generally considered valid. They are

Muta marriage is considered in the Shia only. This marriage is also known as temporary marriage. There is no recognition for this type of marriage in Sunni law. A Shia male is legally obliged to marry anyone of his choice.

While a Shia woman cannot be contracted for this type of marriage with a non-Muslim person. Also, in this marriage, dower needs to be fixed. Furthermore, the cohabitation period should also be fixed.

There are certain essentials for marriage in Muslim. They are

A. A fire worshiper woman

B. A Christian woman