In India, our judicial system still allows the practice of personal laws. This means, that every religious community or group can practice and follow the rules and regulations of their own laws, up to a certain point. One such prevalent law in India is the Muslim law or Islamic law. Let us look into Legitimacy and Parentage under Muslim Law.

Legitimacy and Parentage under Muslim Law

How is Paternity Established?

Paternity is the relationship between a child and his paternal figure, i.e. his father. Parentage under Muslim law is not a matter of fact. The only way to establish paternity is by marriage to the mother of the child. So as per Islamic law, maternity is by fact but paternity can only be by marriage.

Hence, if there is no marriage between the mother and the father of the child, then such a child is illegitimate. And as per Sunni Law, such child has no paternity. And according to Shia Law, such a child has neither paternity nor maternity. By conclusion parentage under Muslim law is only available to a legitimate child. 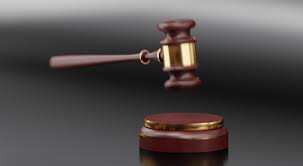 The legitimacy and parentage under Muslim law are closely related to marriage. So a child will be considered legitimate only if he is born in lawful wedlock.

This means that the father (begetter) and the mother (bearer) of the child should have been in a valid lawful marriage at the time of conception. Then the child will be a legitimate child with established paternity and maternity.

The following are certain presumptions about legitimacy and parentage under Muslim law.

In India, the legitimacy of any child no matter his religion is decided by the Indian Evidence Act, 1872. This act states that a child will be legitimate if,

Q: What are the differences between the present law prevailing in India and Muslim law when it comes to the legitimacy of a child?

Ans: In India, the legitimacy of a child is determined by the Indian Evidence Act, 1872 for all children (both non-Muslim and Muslim). And the two major differences are