Let’s talk about the concept of ratios and proportions in general arithmetic. When we talk about the speed of a car or some vehicle then we measure it in km per hour. This is known as the rate and is a type of ratio of distance and time. Thus a ratio is a way to compare two quantities by using division of them. We can write a ratio in many ways. All is read as “the ratio of x to y”. On the other hand, a proportion is an equation that says that two ratios are equivalent. In this topic, we will discuss this concept of ratio and proportion formula with examples. Let us learn it!

Concepts of Ratio and Proportion

When we compare the relationship between two numbers dealing with some kind, then we may use the ratio formula. It is denoted as a separation between the numbers with a colon (:). Sometimes a division symbol is also used to express the ratios.

For example, we are making a pizza, then the recipe sometimes says to mix flour to water in some ratio 3 part 1. It means if we are using 3 cups of flour then mix it with 1 cup of water. Both the numbers should be non-zero so that meaning out of the comparison can be made. We can denote some ratios in terms of percentages and decimals also. 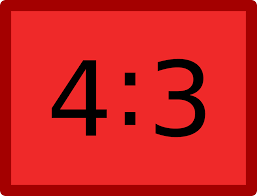 Thus, it is in proportion if

If we look at a map then it always tells that in one of the corners that 1 inch of the map will correspond to a much bigger distance in reality. This is scaling. We often use the scaling in order to depict the objects.

Scaling will involve recreating a model of the object and sharing its proportions. Sizes may differ. One may scale up or scale down to get the required value.

We know that to make 40 pancakes we have to use 4 eggs. Then how many eggs do we need to make 100 pancakes?

If we write the unknown number in the nominator, then we can solve this as any other equation

Multiply both sides with 100

Q.1: A and B went into some partnership and started their business. They agreed to divide the profit in the ratio of 2: 4. What will be their part of profit at the end of the financial year, if they have made Rs. 10,000 in profits?

Solution: The ratio in which the profit to be divided is = 45

The profit for each of them: