Area Between Two Curves: The most general class of problems in calculating the area of bounded regions is the one involving the regions between two curves. All other problems can be treated as its subset. Besides being an important application of definite integrals, these problems also gives one an idea about the nature of the two curves involved.

If plotting one of the curves is notoriously difficult, one can get the idea of the nature of the curve by calculating the area of the region bounded by the curve with some other known curve! Let us now look at the method we will employ to solve the area between two curves problems!

If we have two given curves:

The first and the most important step is to plot the two curves on the same graph. If one can’t plot the exact curve, at least an idea of the relative orientations of the curves should be known. Anyway, let the graph look something like this: 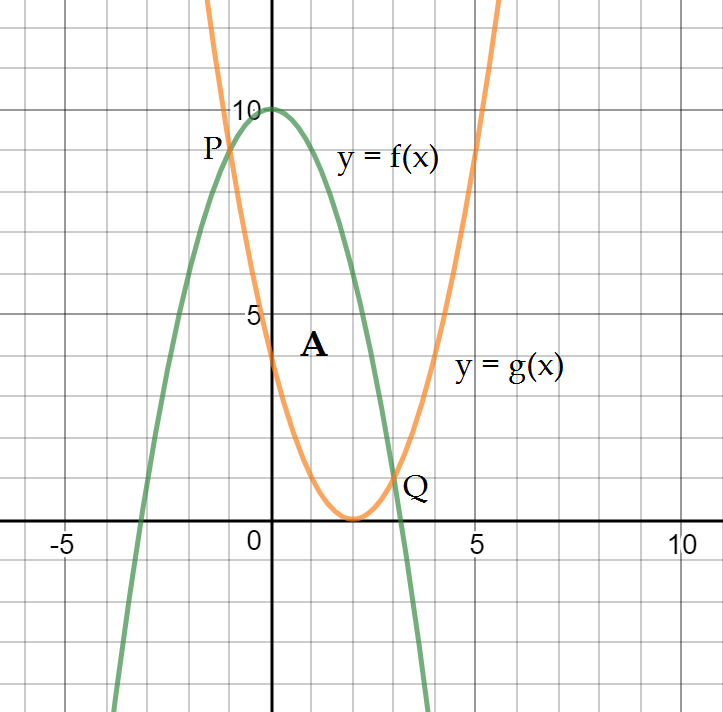 You should be able to see that one needs to calculate the coordinates of the points of intersection of the two curves to find out the boundaries of the region whose area has to be calculated. Let the bounding values of x, in this case, be x1 and x2. Then the formula for the area A of the region bounded between the two curves is:
$$ {A = \int_{x_1}^{x_2} [f(x) – g(x)]dx} $$

–> Similarly, if the form of the equations of the curves is such that we have:

The formula for the area A of the region bounded between the two curves within the domain y = y1 and y2, then reduces to the form: $$ {A = \int_{y_1}^{y_2} [f(y) – g(y)]dy} $$. There are various important things to keep in mind when applying these formulae directly. I’m highlighting them below.

Now let’s solve some questions to learn how to use the general formula with the necessary conventions!

Answer : The intersection points of the curve can be solved by putting the value of y = x2 into the other equation. We then get:

Correspondingly we can get the values of y as 0/9. Thus the intersection points can be given as P(3,9) and Q(0,0). The system is as shown below- 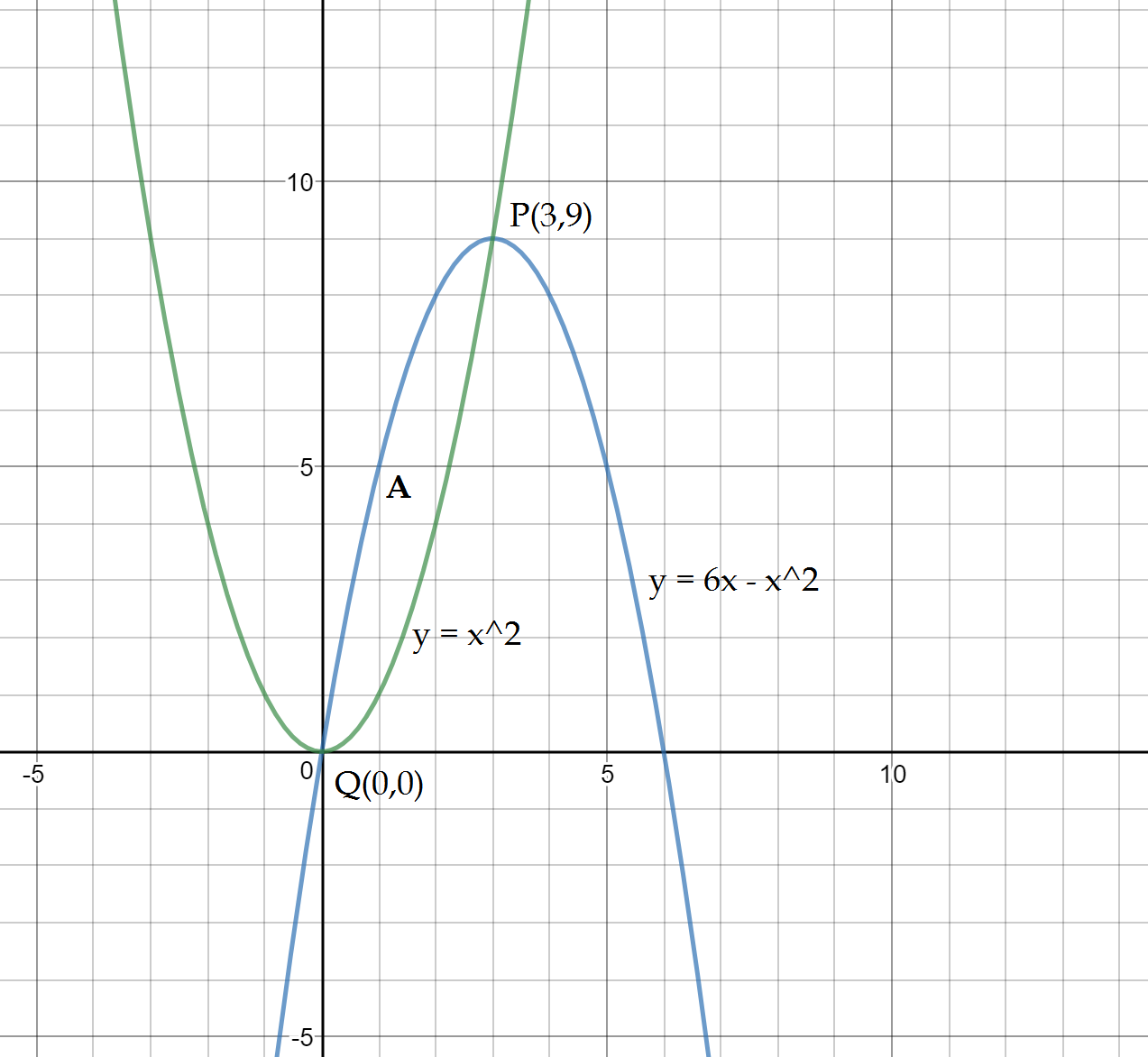 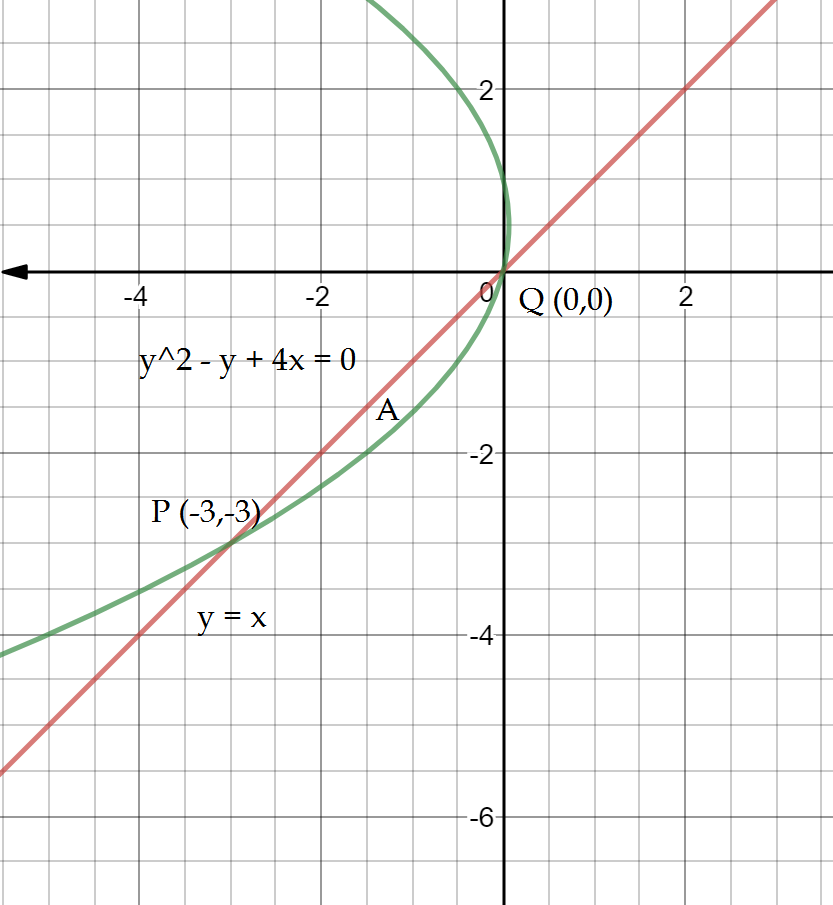 Question 3: Is it possible for the area between two curves to be negative?

Question 4: Is it possible for an integral to be negative?

Answer: Yes, it is possible for a definite integral to be negative. In case all the area within the interval is below the x-axis but still above the curve, then the negative result will take place.

Question 5: Explain the area under the curve?

Question 6: What is meant by the polar curve?

Answer: A polar curve refers to a shape whose construction takes place by using the polar coordinate system. They are characterized by points that exist at a variable distance from the pole or origin.