Area Under Curves: Have you ever shared your umbrella with a companion? Supposing that the two of you are very accommodating, then the extent to which you will get drenched in the rain will obviously depend on the size of the umbrella and your companion! Now if you want to be precise about it, in mathematical terms you can simply discuss your situation with reference to the area under the umbrella available to the two of you.

We will talk about the area under curves in one dimension in this section. You could also talk about areas under curves of higher dimensions but you’ll encounter such problems only when you do some higher studies, for example –  the umbrella we just talked about! (which is a 3-dimensional figure).

Before beginning the discussion, it should be quite clear that it makes sense to talk about the area under a curve only when you have a graph of that curve. Now let us have a function of x given as y = f(x). Shown below is such a general curve whose values can clearly be positive as well as negative, depending on the value of x.

It is evident from the graph that the area below the curve is actually unbounded! In other terms, if we don’t specify the values of x within which the area under the curve has to be calculated; then our answer is indeterminable. In the fig. below, you can see how the boundaries of the area available under the curve are set by the limiting values of x.

Step 1: Form a rectangular strip of height/length = f(x0) and breadth = dx as shown in the figure below. 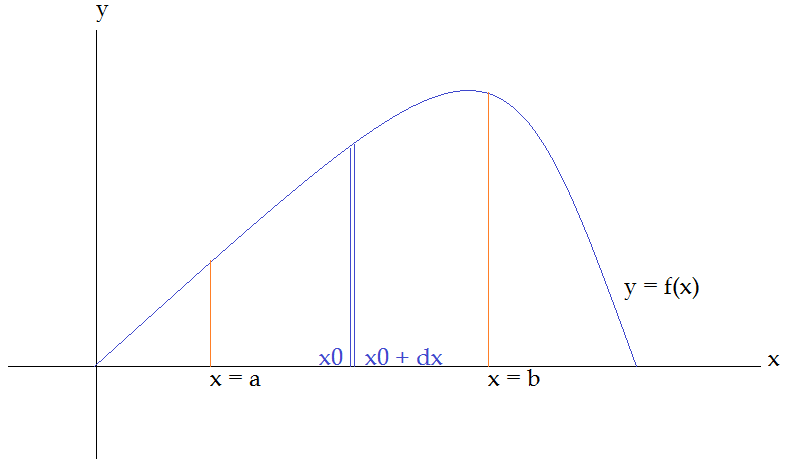 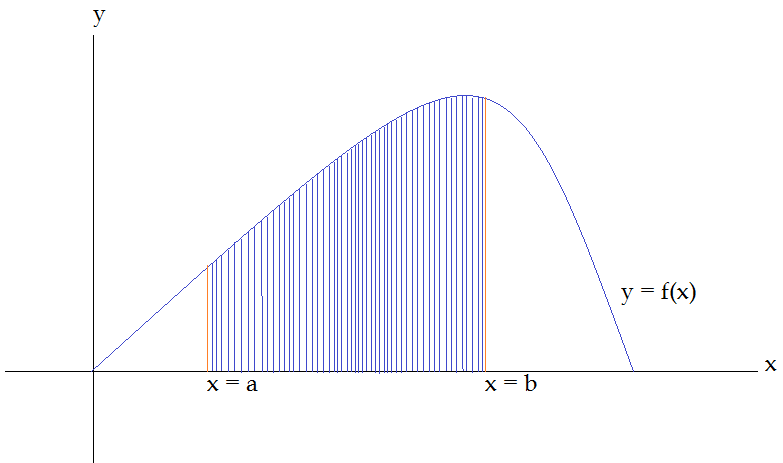 Here we have used a Reimann Sum to calculate this area under the curve y = f(x) i.e. approximated an integral by using a finite sum; since the number of the rectangular strips was finite but taking that number → ∞ (the same as taking dx → 0), we converted the sum to an integral. Now we are ready to discuss the formal definition for the area under curves.

Definition of Area Under Curves 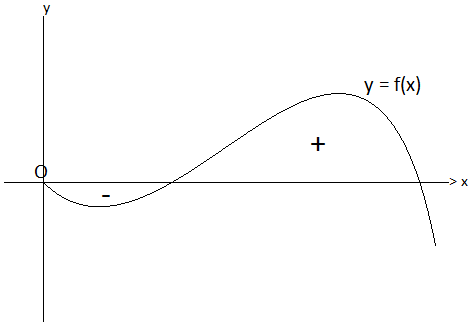 This should make it clear to you that the name: ‘Area under the curve’ is not meant to be taken literally. It is just a mathematical definition. Now let us work out a problem based on the formula that we have just derived.

Sometimes it is easier to express/plot a given function y = f(x) as x = f(y). It might also be the case when the function in the form of x = f(y) is more easily integrable as compared to y = f(x). In such cases, the area under a curve would be the one with respect to the y-axis. The figure given below would make things clear to you. 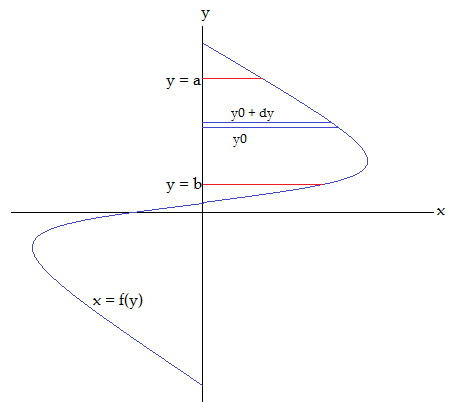 You can see that here by constructing horizontal rectangular strips of length f(y0) and breadth dy, one can derive another form of the formula for the area under a curve. $$ {A = \int_{y = b}^{y = a} f(y)dy} $$

In similarity with our original case:

Note: Sometimes one is asked to find the total area bounded by a given curve. In that case, the definite integral could give you the result which is less than what is expected. For example- try calculating the area under the curve y = sin x from x = 0 to x = Π/2. You’ll get the result = 0.

Also, let us study Area Under the Curve Bounder by a Line in detail.

Solution- The domain of x lies n the first quadrant only. Thus we need to be concerned with the graph of the given function in the first quadrant only. As discussed in the steps above, we can visualize the applicability of our formula by forming vertical rectangular strips under the curve, and add over all of them to get the area. Shown below is the graph for this problem: 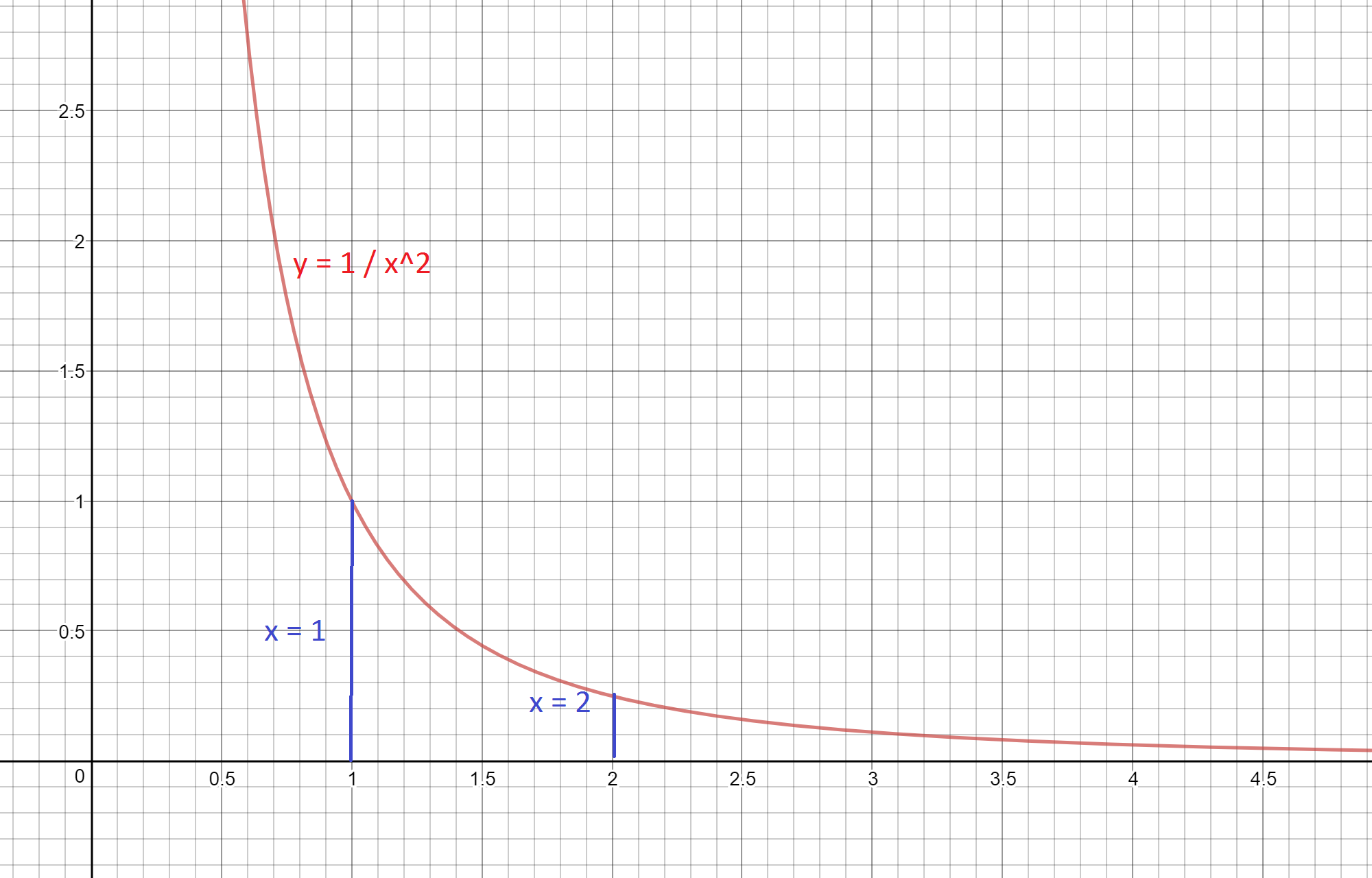