Do you remember what a plane is? A plane is any flat surface which can go on infinitely in both of the directions. Now, if there is a point on a plane, you can easily locate that point with the help of coordinate geometry. Using the two numbers of the coordinate geometry, a location of any point on the plane can be found. Let us know more!

A coordinate geometry is a branch of geometry where the position of the points on the plane is defined with the help of an ordered pair of numbers also known as coordinates.

Now, to help you understand the coordinates, take a look at the figure below. 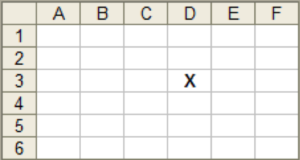 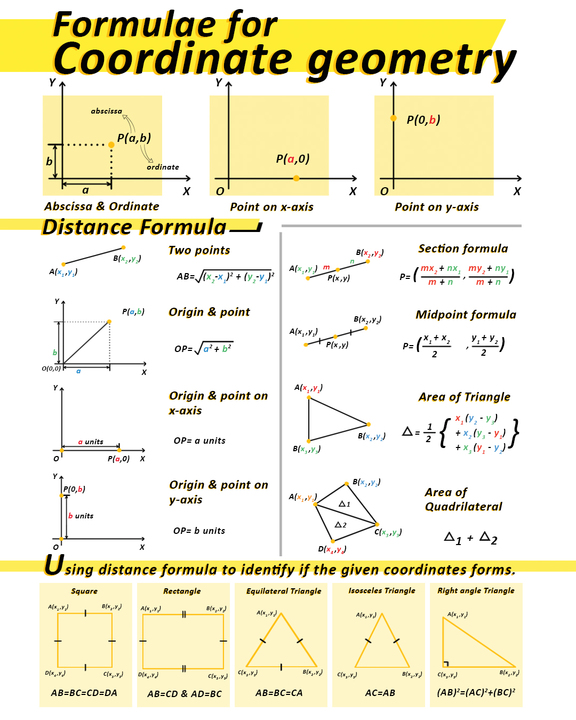 The figure above has two scales – One is the X-axis which is running across the plane and the other one is the y-axis which is at the right angles to the X-axis. This is similar to the concept of the rows and columns that we discussed in the first part above.

Understanding the Concept of Coordinates

So, in the figure above, the point A has a value 20 on the x-axis and value 15 on the y-axis. These are also the coordinates of the point A. Often these points are also regarded as the “rectangular coordinates”. Please note: The order of the points on the plane is crucial. You have to write the x coordinate ahead of the y coordinate.

Things That Have Been Made Possible By Coordinate Geometry

If you know the coordinates of a group of points, you can do the following:

Question 1: What is the name of horizontal and vertical lines that are drawn to find out the position of any point in the Cartesian plane?

Answer : The name of horizontal and vertical lines that are drawn to find out the position of any point in the Cartesian plane are determined by x-axis and y-axis respectively.

Question 2: Who is the father of coordinate geometry?

Answer:  The father of coordinate geometry was René Descartes. He was referred to as the father of analytical geometry due to his contributions to the field. As his Latin name was Renatius Cartesius, thus we learn that the terms ‘Cartesian plane’ and ‘Cartesian coordinate system’ were a derivative of this man’s name.

Question 3: What do we need to coordinate geometry for?

Answer: Coordinate geometry is needed to offer a connection between algebra and geometry with the use of graphs of lines and curves. It is an essential branch of math and usually assists us in locating points in a plane. Moreover, it also has many uses in fields of trigonometry, calculus, dimensional geometry and more.

Question 4: What is Section Formula?

Question 5: What is the definition of coordinate geometry in math?

Answer: Coordinate geometry refers to the study of algebraic equations on graphs. Moreover, if we look at its example, it is plotting points, lines and curves on an x and y-axis.