It is a special type of relation. A relation f from a set A to a set B is said to be a function if every element of set A has one and only one image in set B and no two distinct elements of B have the same mapped first element.  A and B are the non-empty sets. The whole set A is the domain and the whole set B is codomain.

For any function f, the notation f(x) is read as “f of x” and represents the value of y when x is replaced by the number or expression inside the parenthesis. The element y is the image of x under f and x is the pre-image of y under f.

Every element of the set has an image which is unique and distinct. If we notice around, we can find many examples of functions.

Question 1: Which of the following is a function? 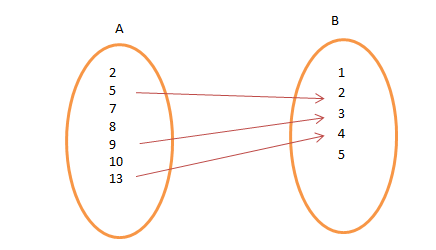 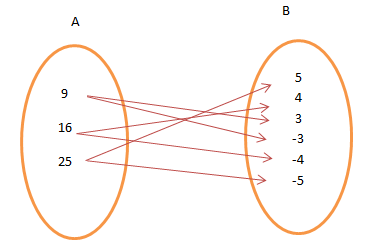 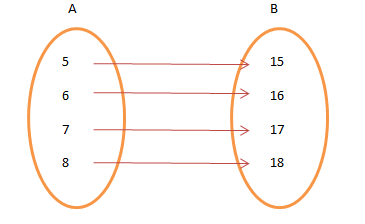 Answer : Figure 3 is an example of function since every element of A is mapped to a unique element of B and no two distinct elements of B have the same pre-image in A.

Question 2: Give an example of a function?

Question 3: Explain what is a function and what is not?

Question 4: What is the classification of functions?

Question 5: What are basic polynomial functions?


Share with friends
Previous
Relations
Next
Types of Relations

The example for onto function doesn’t qualify as a function in the first place. Does it??
It is a relation but not a function because a single element in the domain has been mapped to two elements in the co domain. Isn’t it??
Please tell me if I’m correct or not.
It is really confusing.

An onto function exists if and only the co-domain is equal to the range that is every element in set A (the domain) is mapped to every element in set B (the range/codomain) i.e without leaving out any element. Irrespective of whether it is a one to one mapping or not. Therefore it is a function. Put simply, take set A as a set of sons and set B as a set of fathers, a function requires that every son has one father (which is normal) yet every father can have more than one son(which is also normal) so if… Read more »