In view of the coronavirus pandemic, we are making LIVE CLASSES and VIDEO CLASSES completely FREE to prevent interruption in studies
Maths > Algebraic Expressions and Identities > Operations on Polynomials

Imagine a situation wherein an engineer is designing a roller coaster. How should he go about it? What part of algebra should he use? He would use polynomials to model the curves for the rollercoaster. Let us take another example wherein a civil engineer has to design a road. What would he do? He too would use polynomials to design roads, buildings and other structures. Polynomials in algebra are an essential tool in our daily lives. Let us know more!

You all know, that you can perform four operations on a polynomial that has one variable. You can add, subtract, divide and multiply the polynomials that have over one variable. The process remains just as it is, however, you now have more variable to keep a track on.

So, when you subtract or add a polynomial that has more than one variable, you have to make sure that you combine the like terms only. On the other hand, when you have to divide and multiply, you’ll have to pay specific attention to the multiple terms and variables. You cannot add and subtract, if the terms are not alike. However, in multiplication and division is possible even if the terms aren’t alike. 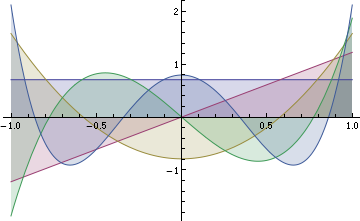 How to add polynomials that have more than one variable?

Please note that the like terms should have the same exact variables raised to the same exact power, you will have to be extremely careful when identifying a polynomial with more than one variable.

In some cases, parentheses are used so as to differentiate between the addition of 2 polynomials and addition of a variety of monomials. In addition, you can just remove the parentheses, and add.

Step 1: Firstly, you’ll remove the parentheses which group the polynomials and rewrite the subtraction as addition, in case possible.

Step 4: Rewrite the balance as subtraction

How to subtract the polynomials that have more than one variable?

Firstly: Remove the parentheses and see the signs.

How to multiply polynomials that have more than one variable?

Let’s take a look at an example of multiplication of two polynomials especially monomials with two variables. In order to do this, you’ll have to multiply the coefficients and use the rules of exponents to find the component for every variable in order to find the product.

How to divide polynomials that have more than one variable?

The last operation on polynomial is division. So, if there’s a polynomial with more than one variable, it can also be divided. So, in here, you’ll have to divide the monomials that have more than one variable and then coefficients and then the variables. If there are exponents with the same base, you will have to divide the exponents by subtracting them according to the law of exponents.

Therefore the quotient will be:

Question 2: How to solve a polynomial?

Question 3: Explain what is polynomial in math?

Answer: It refers to arepresentation that contains variable or indeterminate and coefficients that involve only the operations of addition, multiplication, subtraction, and non-negative integer exponents of variables. For example, a polynomial of single determinate x is 2x2 – 5x+ 3.

Question 4: What is the purpose of learning polynomials?

Answer: We use polynomials to plot complex curves that decide the path of missile trajectories or a roller coaster or model a complex situation in a physics experiment. In addition, its modeling functions can even be used to solve questions in chemistry and biology.

Question 5: Is pi a polynomial?

Answer: No, pi is not a polynomial because its value refers to the circumference of a circle. Instead, a polynomial refers to an equation that contains four or more variables.