Table of content
1 Suggested Videos
2 Median
2.1 From the Raw Data
2.2 Case Study
3 Mode
4 Relation Between Mean, Median and Mode
5 Solved Examples for You 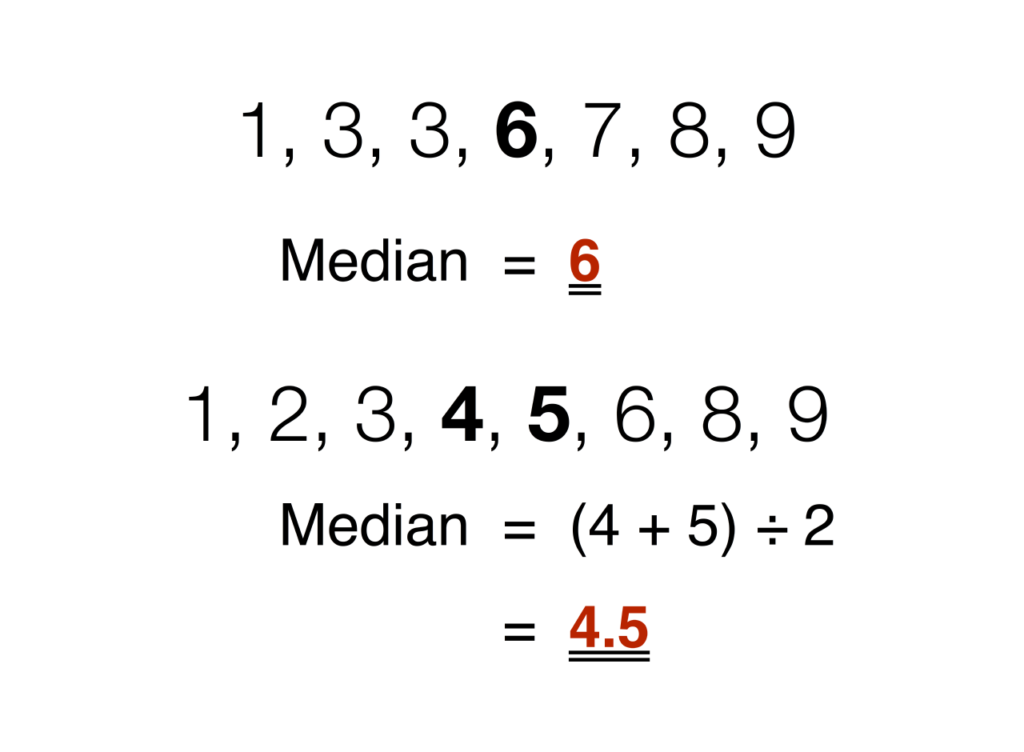 To define the median in one sentence we can say that the median gives us the midpoint of the data. What do you mean by the midpoint? Suppose you have ‘ n ‘ number of data, then arrange these numbers in ascending or descending order. Just pick the midpoint from the particular series.

From the Raw Data

The very first thing to be done with raw data is to arrange them in ascending or descending order. In Layman’s terms:

The median number varies according to the total number being odd or even. Initially let us assume the number as the odd number. Now if we have numbers like 12, 15, 21, 27, 35. So here we can say that the midpoint here is 21,

The most frequent value in the data set is called as the mode. Suppose you have scored the following marks in your exams.

First, you need to arrange the numbers in the order

Now check for the number that occurs for the most number of time. Here the number 75 occurs the maximum times. So the number 75 is the mode of this data set. This is the unimodal data. Since it only has one mode. The data mode which has two modes is called as bimodal data. Similarly, if the data set has more than two modes, we call it as multimodal data.

Relation Between Mean, Median and Mode

But if the data set is asymmetrical then this relationship might not hold true.

Answer : The correct option is B. Median will be the good representative of data. Because each value occurs once and the data is influenced by extreme values.

Question 3: How do you find the mode?

Answer: The mode of a data set is basically the number which takes place most commonly in the set. To find the mode in an easy manner, you must arrange the numbers in order from least to greatest. Then, we must count how many times is each number is occurring. Finally, the number that will occur the most will be your mode.

Question 4: How do you find the median in a frequency table?

Answer: The median refers to the middle number in an ordered set of data. You see that in a frequency table, they have already set the observations in ascending order. Thus, it will be easier to attain the median when we look for the value in the middle position. Moreover, if you have an odd number of observations, your middle number will be the median.

Question 5: What is the median of numbers?

Answer: The median refers to the middle value in the list of numbers. In order to find the median, you must list your numbers in numerical order from the smallest to the greatest. Thus, you will have to rewrite the list before finding the media. Moreover, the mode will be your value which takes place most often.

Question 6: How do you find the probability?