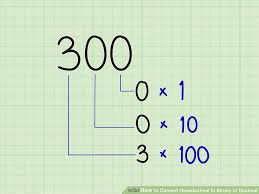 Actually many other conversions are possible as we have base 2 and base 8 number systems too. Students may have studied the binary numbers before. Then they will see that hexadecimal number is a compact form of four binary digits. Many hex to decimal online converter tools is also available.

The conversion of a number from one number system to others is very essential as well as important in many applications. Conversion of decimal number to the hexadecimal number is a very easy but important task. It is possible with a few simple steps. We may use the specific conversion table for this.

For the decimal numbers from 1 to 15, we will find the equivalent hexadecimal number. It is very fundamental as 0-9 digits are the same in both number systems. But 10-15 digits in hexadecimal are represented by alphabets A, B…..F. For numbers of more than 15 in decimal, we will follow the following procedure for conversion.

For conversion of the decimal number to the hexadecimal student have to remember the following table:

Let us follow the steps to convert a decimal number in hexadecimal. Then we will have decimal to hexadecimal example.

Step-2: The remainder left here, will produce the hex value.

Step-3: Take the quotient from above and repeat steps 1-3 till quotient becomes 0.

Step-4: Write all the remainders in reverse order. This will be the Hexadecimal converted value.

Now taking all the remainders in reverse order in equivalent hexadecimal value, we will have,

Thus converted value in hexadecimal will be 3C0.

Example-2: How to convert hexadecimal to decimal number?

Solution: To convert the hexadecimal to decimal, we need to start by multiplying the hex number by 16. Then, we raise it to the power of 0 and further increasing that power by 1. We have to start from the right to the left of the hexadecimal number. Finally, we will sum up all the terms to get the corresponding decimal value.