In view of the coronavirus pandemic, we are making LIVE CLASSES and VIDEO CLASSES completely FREE to prevent interruption in studies
Maths > Factorisation > Factorisation Using Identities

Can an equation have factors? We can certainly multiply an equation with a number or one equation by another equation. So it must have factors. How is this Factoring done? What are the important points that need to be understood? Let us find out! 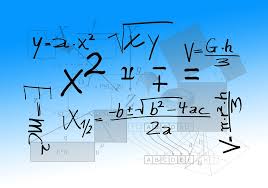 Here we observe that the factors 7, x and y of 7xy cannot further be expressed as a product of factors. While factoring algebraic expressions the “prime” word is replaced by “irreducible”, therefore we may also say that 7, x and y are the prime factors or the irreducible forms of 7xy.

On the other hand in expressions like 6x+8, 5x+5y, x2+7x, x2+3x+6 we need to determine factors, for which we develop systematic methods to factorise these expressions. In the space below we will reduce various forms of algebraic expressions using irreducible factors.

In general, an expression containing, one or more terms with a non-zero coefficient (with variables having non-negative exponents) is called a polynomial. A polynomial may contain any number of terms, one or more than one.

What is an Identity?

An equality true for every value of the variable in an expression is called identity. While factoring an algebraic expression using identities we use these to reach an irreducible form of the expression.

We shall evaluate both sides of this equality for some value of a, say a = 5.

When we use identical numbers for both LHS and RHS we find that for any value of ‘a’ LHS = RHS. Such equality, true for every value of the variable in it is called an identity. Thus, (a + 1) (a + 2) = a2 + 3a + 2 is an identity. These identities are used as irreducible factors for factoring algebraic expressions.

We shall now study three identities which are very useful in our work. These identities are obtained by multiplying a binomial by another binomial, Let us first consider the product (a +b) (a + b) or (a + b)2

How do we apply identities for factoring?

Identities can be applied to factorise algebraic expressions. Generally used binomials and polynomials, here we shall learn using identities for binomial expressions only. The steps to be followed are:

Question 2: What are the various types of factoring?

Question 3: What is meant by factoring in maths?

Answer: To factor a number means breaking this number up into multiple numbers that one can multiply together to attain the original number. For example: 6 = 3 x 2, so factors of 6 happen to be 3 and 2 , 9 = 3 x 3, so factors are 3 and 3.

Question 4: How can one solve factoring?

Answer: One can solve factoring with the following steps:

Question 5: Who is credited with the discovery of factorization?

Answer: Factorization was discovered by ancient Greek mathematicians in the case of integers. They presented proof of the fundamental theorem of arithmetic. This theorem asserts that every positive integer is possible to be factored into a product of prime numbers, whose further factorization is not possible into integers greater than 1.