Cricket is one of the most popular sports of modern times. And interestingly India is synonymous with Cricket. But was it always this way? Cricket originally started out as a sport only played by the British. So how did it become synonymous with India? Isn’t it intriguing? Let us hear out the story of cricket.

The Story of Cricket

Cricket was invented in the South Eastern part of England in the 19th century. The British carried the game to wherever they went. This includes their colonies in Africa and Asia. After gaining freedom from the rulers, these colonies became organized in the form of Commonwealth. 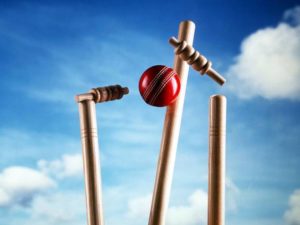 Since its invention, the story of cricket always stood for fair play, gentlemanliness, and discipline. However, in recent times, it has become more commercialized.

Cricket as a Villagers’ Game

There are some important rules that were followed in this game right from the early ages.

Materials Used In The Game

All the materials that were used in the game were made from natural resources like wood. The bat and the stumps were made of wood. With technological advancements, new things started coming up. The invention of vulcanized rubber led to the introduction of pads in 1848. Protective gloves were introduced soon thereafter. Soon after, there was a popularity of helmets made out of metal and synthetic lightweight materials.

In this segment, we will have a look at the various laws that were implemented with regards to the game.

During this phase, it became common to pitch the ball through the air. The bowlers could now get the options of length, deception through the air, plus increased pace. It also opened new possibilities for spin and swing. In the year 1774, the first leg-before-wicket law was established.

Soon after, the concept of the third stump became common. In the 19th century, the game saw some major changes. The concept of wide balls was accepted and the exact circumference of the ball was also decided. Pads and gloves became a common thing.

The Spread of Cricket

In several colonies, cricket became a popular sport either by white settlers (as in South Africa, Zimbabwe, Australia, New Zealand, the West Indies and Kenya) or by local elites who wanted to copy the habits of their colonial masters, as in India.

British imperial officials not only brought the game to the colonies, but they also made a lot of effort to spread the game, especially in colonial territories. Playing cricket became a sign of superior social and racial status. The first non-white club in the West Indies was established towards the end of the 19th century and the game became popular in the Caribbean.

When the West Indies won their first Test series against England in 1950s, the country celebrated it in a big way as a major achievement. However, the first time that the team was led by a black pack was in 1960 when Frank Worrell was named the captain.

Relationship with Race and Religion

In colonial India, Cricket was organized on the principle of race and religion. The first official record of the game being played in India is from 1721. The 18th century saw the game in India as a sport, primarily played by British military men and civil servants in all-white clubs and gymkhanas.

Ans: According to Mahatma Gandhi, a sport was essential for creating a balance between the body and the mind. However, was of the view that games like cricket and hockey were imported into India by the British and were replacing traditional games. According to him, these games showed a colonial mindset and were a less active education than the simple exercise of those who worked on the land.

Share with friends
Previous
Factorisation Using Identities
Next
History and Sport: The Story of Cricket

History and Sport: The Story of Cricket

History and Sport: The Story of Cricket