Human beings were not the same, they are today. What we are today is the result of evolution we have undergone through the centuries. Distinguished from other animals due to our intellects, we humans have one more specialty that makes us evolve. Our capability to reason every statement, come what may, helps us evolve every minute. In the following chapter, we shall discuss reasoning of any Mathematical Statement! 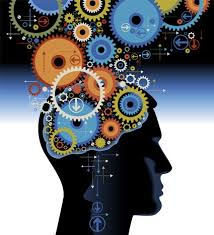 Any statement which is predicted to be both cannot be a mathematical statement. For understanding this we take three sentences:

The sum of a and b is greater than 0

We can also make new statements from already existing statements. For making new sentences we take into consideration two techniques:

Denying any statement is termed as the negation of that statement. For example, let’s consider the following sentence:

Since it is a statement we write it as:

The negation of this statement is:

Now if p is a statement then the negation of that statement shall be denoted by using ∼p. This can be read as ‘not p’.

Compound statements are formed by combining two or more statements using the connecting words like “and”, “or”, “if, then”, “either, or”, etc. Consider  the following example:

This statement is a combination of two statements:

Some Important Rules of Compound Statements

Quantifiers are the phrases like “For all” or “There exists”. Consider the following example:

This means that there is at least one triangle whose all sides are equal. Both the quantifiers, ‘For all’ and ‘There exists’ are closely connected as both of them signify towards a condition in the statement that applies to every condition.

These special words used in mathematical statements have special meanings attached to each of them, which helps us in knowing the validity of different statements.

A mathematical statement if understood accurately takes us in the right direction of reasoning. To deduce the best of results and reach positive conclusions we need to understand statements properly as these give our reasoning power better directions.

So  q⇒p is equivalent to “people who are apt to do odd things are in need of refuge and consolation”. Therefore option C is correct.Question 2: How to write a math statement?

Question 3: What we call a mathematical statement?

Question 4: What is a statement in a proof?

Answer: A proof refers to a logical argument that demonstrates a specific statement, proposition, or mathematical formula is true. In addition, it contains a set of assumptions (known as axioms) connected by statements of deductive reasoning (called an argument) to drive the proposition that is being proved.

Question 5: What is the statement in mathematical reasoning?