Scientists predict that only 15% of species are known to man from the estimated 8.7 million species. That leaves almost 85% species yet to be discovered. Only about 953,434 species of animals have been catalogued in the Animal Kingdom. Let us study this classification of animals.

Classification of Animals and Plants

Classification of animals helps us to understand their characteristics, as well as their differences with other organisms. The best-known organisms are the animals. In scientific terminology, they are grouped under the Kingdom Animalia, better known as the Animal Kingdom. Let us learn more about this famous Kingdom! 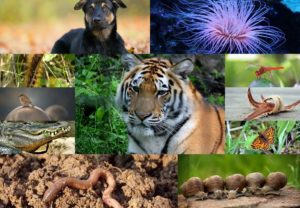 Kingdom Animalia consists of organisms that range from the simplest of the animal forms to the most complex. At one end of this classification of animals, you have the microscopic organisms. And at the other end, you see animals that you probably come across in your daily life. You and your friends, for example, are members of the Animal Kingdom. Your pet dog, bird, cat or even those pesky insects that you find in the gardens are all part of this gigantic kingdom.

Scientifically speaking, all organisms that belong to this Kingdom are Eukaryotic organisms. They are all multicellular, with many cells present. The cells do not have cell walls in them. Another important feature is that they have a heterotrophic mode of nutrition, which means that they cannot make their own food.

Classification of animals is termed as Kingdom Animalia. It is further divided into different phyla. These are nothing but divisions in which animals/organisms with the same characteristics are included under them. Apart from the primary distinguishing features of the Animal Kingdom (Eukaryotic, Multicellular, without a cell wall and heterotrophic); each phylum has organisms that have common characteristics. In the classification of animals chart, they move from the simplest to the most complex.

The different phyla in the classification of animals are as follows:

Let us now look at some important features of each Phylum.

These are the simplest multicellular animals, found mainly in marine habitats. These organisms have pores all over the body. They have a canal system that helps in circulating water and food particles and oxygen. The body design shows minimal differentiation and division of tissues. Commonly called as Sponges, some of the examples are Spongilla, Sycon etc.

These organisms show more body differentiation. They live in water. The body has a sac-like cavity, with a single opening for ingestion an egestion. These animals have two germ layers and hence are called diploblastic. You can see these animals living solitarily or n colonies. Examples include Jellyfish, Sea Anemone, and Hydra. 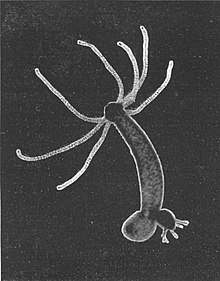 These are commonly called flatworms. Their bodies are flattened dorsoventrally. They are the first triploblastic animals, with three germ layers. The body is also bilaterally symmetrical, with both the left and right halves of the body having the same design. Flatworms can be either parasitic or free living. A few examples are Planaria, Liver Fluke, and Tapeworm.

The bilateral symmetry and triploblastic nature continue in these animals. The body, however, is more cylindrical and not flattened.  The body cavity is not a true coelom. And hence it is called a pseudo coelom. Tissues are present, but organs are absent. These organisms show a complete alimentary canal which is straight. Most of these organisms belonging to this phylum are parasitic worms, which cause diseases. Examples are Ascaris, Wucheria.

Annelids are found in different habitats, such as land, fresh water, and even marine mater. They have a bilaterally symmetrical body with three germ layers (Triploblastic). A distinguishing feature here is that they have a true body cavity. The body is also segmented with some organ differentiation seen. Examples are Earthworms, Leeches.

They make up the largest group in the animal kingdom. Most of the insects are included in this phylum. “Arthropoda” means jointed legs. The bodies of these animals are divided into head, thorax, and abdomen. Apart from the jointed legs, they also have a pair of compound eyes. Another distinguishing feature of these animals is the presence of an open circulatory system. Examples are butterfly housefly, spiders, mosquitoes, crabs etc.

The bilateral symmetry and the triploblastic nature of the body layers are seen here too. Molluscans form a very diverse group and form an important part of the ecosystem. These animals can be seen aquatic habitats. They can be either marine or freshwater species. The body does not show much segmentation and the coelomic cavity is also reduced. The body is typically divided into anterior head, ventral muscular foot, and a dorsal visceral mass. The foot helps in the locomotion of the animals. Examples are Snails, Mussels, and Octopus.

Moving on with the classification of animals we come to Phylum Echinodermata. Echinoderms are animals with spiny skin. They live exclusively in a marine habitat. They are free-living animals. The larvae show bilateral symmetry whereas the adults show radial symmetry. These animals are triploblastic and have a coelomic cavity. They have a peculiar water driven tube system that helps them in moving around.  They also have a hard exoskeleton that is made up of calcium carbonate. Examples are Starfish, Sea cucumber, Sea Urchin. 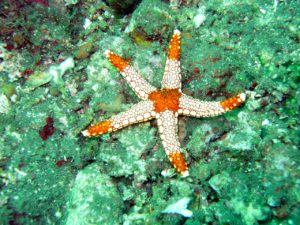 The protochordate animals are bilaterally symmetrical and triploblastic. They have a coelom. A new body feature that is seen in these animals is the presence of notochord at some stage in their life cycle. Due to this very presence of a notochord, they are called as chordates. However, it is sometimes rudimentary. They are exclusively marine animals. Examples include Herdmania, Balanoglossus.

These are the advanced group of animals, showing some really advanced features of a proper digestive system, circulatory system etc. There is a complex differentiation of body tissues and organs. These animals have a true vertebral column with an internal skeleton. All chordates have the following features:

Phylum Vertebrata is classified into five classes. They are:

These are exclusively aquatic animals, commonly called as Fish. Their skin is covered by scaly plates. The body is streamlined. A muscular tail helps in the movement. Respiration occurs through gills. The heart is present with two chambers. Examples are Tuna, Rohu, Anglerfish, and Electric ray.

Amphibians can live both on land and in water. They have mucus glands in the skin. The heart is three chambered, with respiration occurring through gills or lungs. They are egg-laying animals, with a distinctive head and trunk. Examples are Frogs, Toads, and Salamander.

Reptilians are cold-blooded animals, which have scales on their body. They breathe through lungs. In most of these animals, the heart is three chambered, with the exception of crocodiles, which have a four-chambered heart.  Examples are Snakes, turtles, Crocodiles etc. 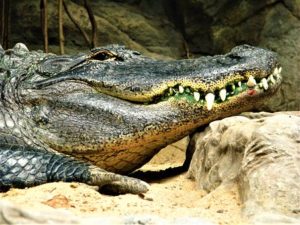 They are warm-blooded animals with the body being covered by feathers. The forelimbs are modified into wings. They have a four-chambered heart. They breathe through lungs. And they lay eggs. All birds are classified under this class. Examples are Parrot, Crow, and Ostrich.

Mammals are warm-blooded with a four-chambered heart. They have mammary glands. Their skin has sweat and oil glands. They give birth to young ones. Respiration occurs through lungs. Examples are human beings, gorilla, and cow.

Q: What are the smallest birds and the largest birds?

Q: Centipedes and prawns belong to phylum Annelida. Is it true?

Ans.  False. Centipedes and Prawns belong to the Phylum Arthropoda, as they show the characteristic features of jointed legs; bodies of these animals are divided into head, thorax, and abdomen.

Answer: Insecta is a class of invertebrates. They are placed within the phylum Arthropoda. The characteristics of group Insecta are that they have six legs or three pairs of legs.
These legs contain joint segments. The body of an insect is made up of three parts. Each insect has one pair of antennae or feelers which helps the insect to find food.
They have their body covered with the exoskeleton made up of chitin. Insects have one or two pairs of wings. Insects are cold-blooded. They have no lungs, but small openings on their bodies. Insects lay many eggs. Most insects go through a life cycle called metamorphosis.
They are among the most diverse groups of animals in the world. There are more than a million species of insects. They are found in all environments. It represents more than half of all living organisms. It is the largest class of animal kingdom.

Answer: Mollusca composes the 2nd largest phylum of animal kingdom after arthropods, which is the largest phylum in the animal kingdom. Around 85,000 species of molluscs are recognised. Molluscs is the largest marine phylum, comprising about 23% of all the named marine organisms. They are highly diverse, not just in size and in anatomical structure, but also in behaviour and in habitat.

Q3. Kingdom Animalia is characterised by?

Answer: The main criteria for classification used by Whittaker includes cell structure, thallus organization, mode of nutrition, reproduction and phylogenetic relationships. So, the absence of cell wall is one of the main characteristics of animal kingdom.

Q4. The total number of species included in the animal kingdom are about?

Answer: Kingdom Animalia consists of organisms that range from the simplest of the animal forms to the most complex.
Currently 1.7 million living organisms are known to science. Out of these 1.2 million are animals and about 0.5 millions.