Now that we know what a set is, we will want to see if there is any way to classify them. In other words, can we make sets of sets? Turns out there are different types of sets that we can define and classify mathematically. Here we will see the most important types of these sets. Let us know a bit more!

Since, a Set is a well – defined collection of objects; depending on the objects and their characteristics, there are many types of Sets which are explained with suitable examples, as follows: –

Empty or Null or Void Set

Any Set that does not contain any element is called the empty or null or void set. The symbol used to represent an empty set is – {} or φ. Examples: 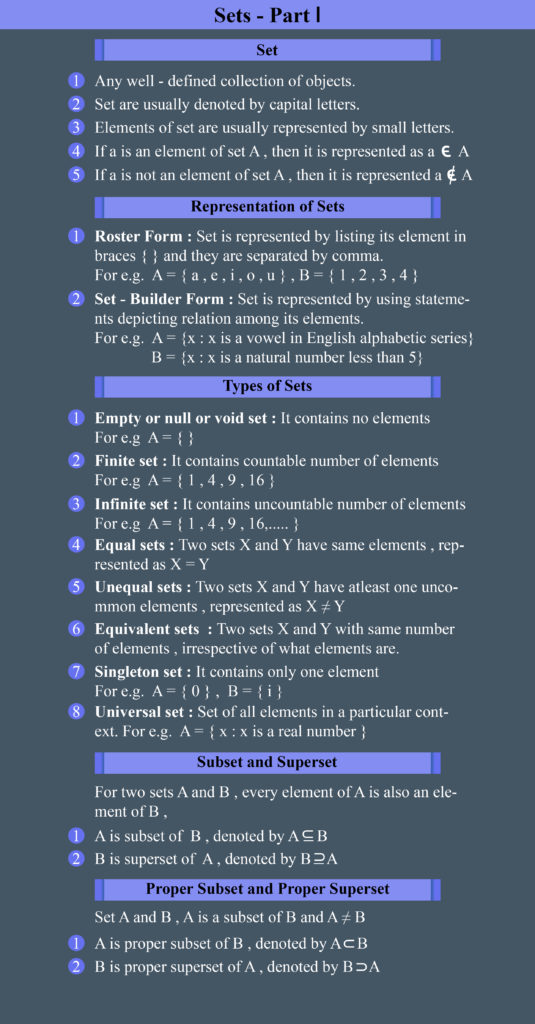 Any set which is empty or contains a definite and countable number of elements is called a finite set. Sets defined otherwise, for uncountable or indefinite numbers of elements are referred to as infinite sets. Examples: 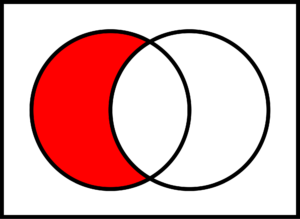 Equivalent sets are those which have an equal number of elements irrespective of what the elements are. Examples:

These are those sets that have only a single element. Examples:

A universal set contains ALL the elements of a problem under consideration. It is generally represented by the letter U. Example:

The collection of ALL the subsets of a given set is called a power set of that set under consideration. Example:

Thus, these are the different types of sets.

Question 3: What is the classification of sets in mathematics?

Answer: There are various kinds of sets like – finite and infinite sets, equal and equivalent sets, a null set. Further, there are a subset and proper subset, power set, universal set in addition to the disjoint sets with the help of examples.

Question 4: What are the properties of sets?

Answer: The fundamental properties are that a set can consist of elements and that two sets are equal, if and only if every element of each set is an element of the other; this property is referred to as the extensionality of sets.

Question 5: What are Finite and Infinite Sets?

Answer: Any set that is empty or consists of a definite and countable number of elements is referred to as a finite set. Sets explained otherwise, for uncountable or indefinite numbers of elements are called infinite sets.

Question 6: What is a universal set?

Answer: A universal set consists of all the elements of a problem under consideration. We generally represent it by the letter U. For instance, the set of Real Numbers is a universal set for all-natural, whole, odd, even, rational in addition to irrational numbers.