Projectile refers to an object that is in flight after being thrown or projected. In a projectile motion, the only acceleration acting is in the vertical direction which is acceleration due to gravity (g). Equations of motion, therefore, can be applied separately in X-axis and Y-axis to find the unknown parameters.

Projectile motion is calculated by a way of neglecting air resistance in order to simplify the calculations. The above diagram represents the motion of an object under the influence of gravity. It is an example of projectile motion (a special case of motion in a plane). The motion of a projectile is considered as a result: 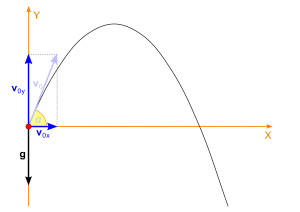 What is Motion in Plane? 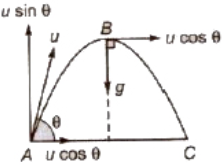 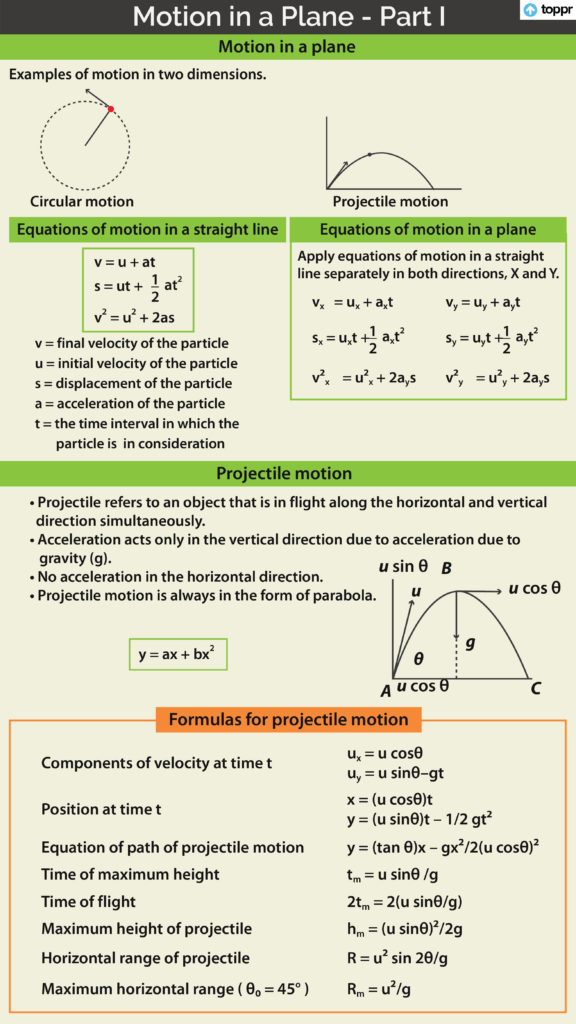 What is Relative Velocity in Two Dimensions?

Question: A man can swim at a speed of 4.0 km/h in still water. How long does he take to cross a river 1.0 km wide if the river flows steadily at 3.0 km/h and he makes his strokes normal to the river current? How far down the river does he go when he reaches the other bank?

Distance covered with flow of the river = vr × t