The term “Uniform circular motion” is the kind of motion of an object in a circle at a constant speed. With uniform circular motion, as an object moves in a particular circle, the direction of it is constantly changing. Herein, in all instances, the object is moving tangent to the circle. Let us study this angular motion in detail.

Circular motion is the movement of an object in a circular path. 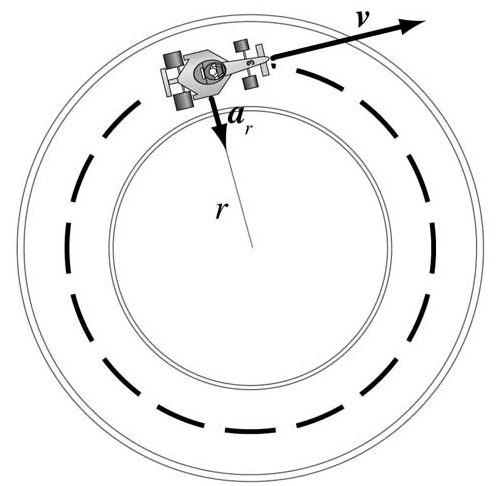 The angle which is subtended by the position vector at the center of the circular path refers to the angular displacement.

Where Δ’s refers to the linear displacement while r is the radius. Radian is the unit of Angular Displacement.

Browse more Topics Under Motion In A Plane

It refers to the rate of time of change of angular velocity (dῶ).

It refers to the time rate change of angular displacement (dῶ).

Angular Velocity is a vector quantity. Its unit is rad/s. The relation between the linear velocity (v) and angular velocity (ῶ) is

It refers to an acceleration that acts on the body in circular motion whose direction is always towards the center of the path. 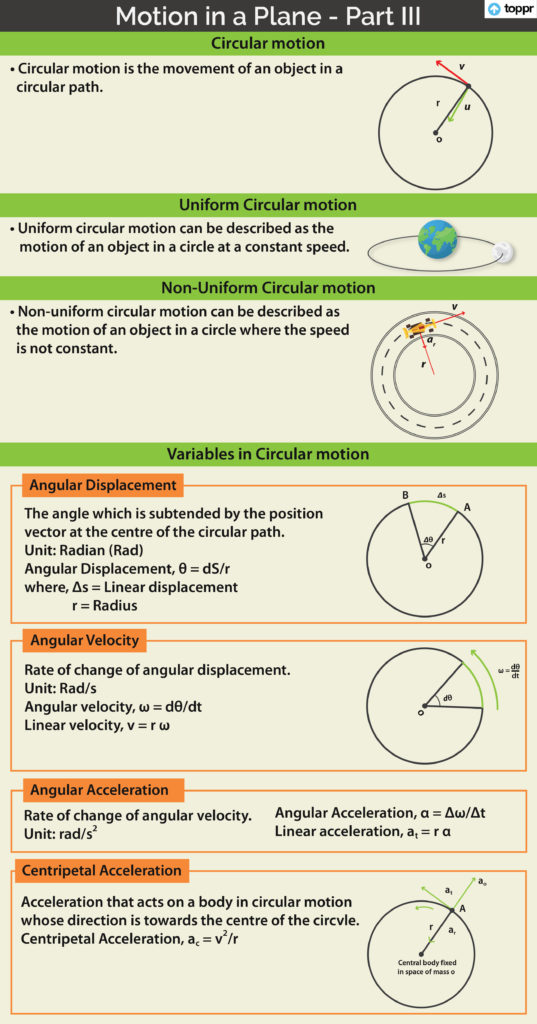 Q. During the course of a turn, an automobile doubles its speed. How much must additional frictional force the tires provide if the car safely makes around the curve? Since Fc varies with v2, an increase in velocity by a factor of two must be accompanied by an increase in centripetal force by a factor of four.

Solution:  The acceleration felt by any object in uniform circular motion is given by

We are given the radius but must find the velocity of the satellite. We know that in one day, or 86400 seconds, the satellite travels around the earth once. Thus: