In contrast to the concept of addition, the concept of resolution of vectors could be well understood. For say, in the process of addition, let’s consider \(\vec{a}\) and \(\vec{b}\) are directly added to get \(\vec{S}\). Now, let \(\vec{S}\) be broken down to obtain \(\vec{a}\) and \(\vec{b}\) back. This is referred to as the process of resolution. Let us study the chapter resolution of vectors and vector addition in detail.

In a similar way, a vector can essentially be further broken or resolved to obtain multiple vectors of different magnitudes and directions. In Physics, vectors would be mainly resolved only along the coordinate axes, X, Y, and Z. To resolve a vector on an X-Y plane, first, draw the vector. Then, label and create the constructions on the figure as mentioned below : 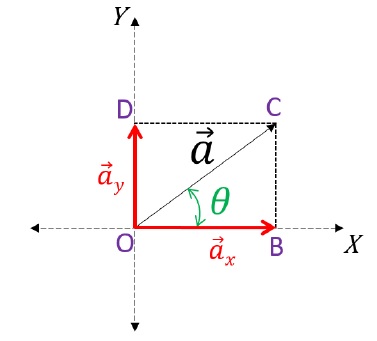 For the co-ordinate axes, there are special unit vectors designated by convention î, ĵ, and k̂, which respectively represents X, Y, and Z axes. By the property of unit vectors, |î| = |ĵ| = |k̂| = 1 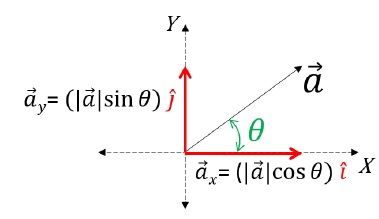 A vector can be expressed as a product of its magnitude and direction. Therefore, 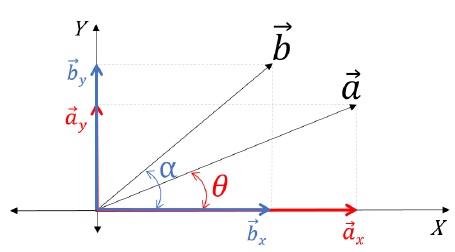 Example: A laser beam is aimed 15.95° above the horizontal at a mirror 11,648 m away. It glances off the mirror and continues for an additional 8570. m at 11.44° above the horizon until it hits its target. What is the resultant displacement of the beam to the target?

Solution: Let us break up the vector into their components –

Add vectors in the same direction with “ordinary” addition. –

and tangent for direction.