Ever since childhood, lenses have always fascinated us. We can use them for anything from examining small objects to focusing the rays of the sun. Similarly, convex lenses are no less interesting. They are usually made of glass or transparent plastic. It has at least one surface which curves outwards much similar the exterior of a sphere. Moreover, you will notice that out of all the lenses, a convex lens is the most common one because it has multiple uses. So, through this article, we will focus on the definition, types, its difference from concave lens, functions, uses and more. Thus, all you need to know about these lenses is given right here. Read on to find out. 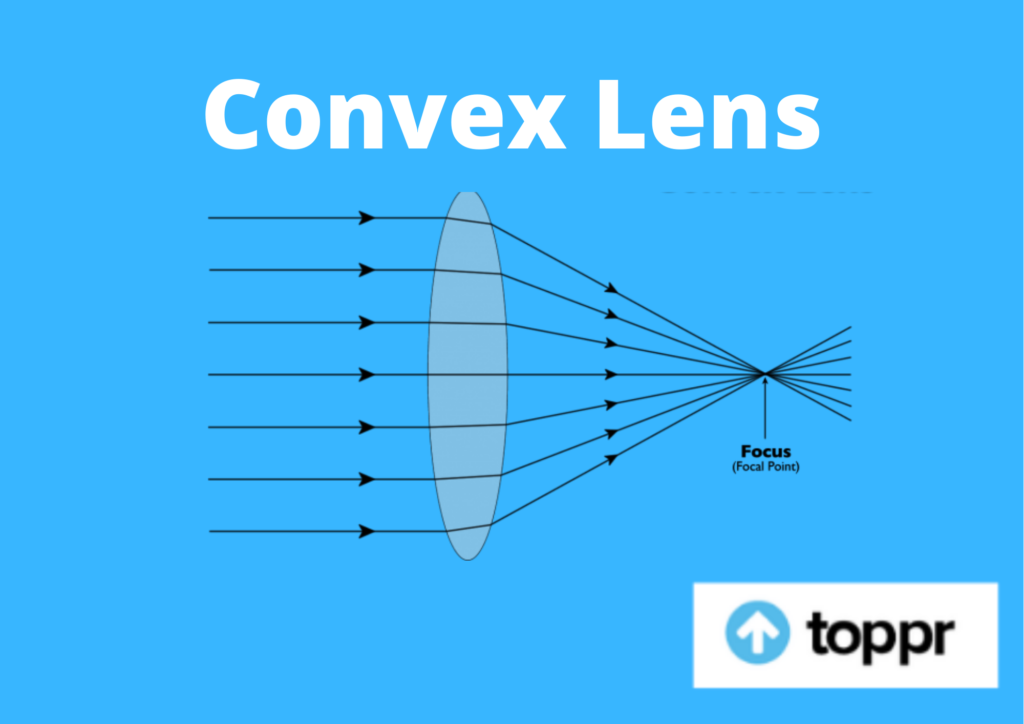 An optical lens is usually composed of two spherical surfaces. If those surfaces are bent outwards, then we call that lens a biconvex lens or simply convex lens.  These lenses are thicker at the centre and thinner at the edges.

Moreover, this kind of lenses has the ability to converge a beam of light coming from outside and focus it to a point on the other side. We call this point as the focus. Further, the distance which is between the centre of the lens to the focus is known as the focal length of the convex lens.

But, if one of the surfaces is flat and the other is convex, then we will call it a plano-convex lens. In addition, we also call a convex lens a converging lens as it converges a parallel beam of light on a point which we call the principal focus.

The positive focal length elements have one spherical surface and one flat surface. The design of these lenses are for infinite parallel light use in non-critical applications. Moreover, these optical lenses are for all-purpose focusing elements.

After that, we have a double convex lens which curves outside from both sides. We also refer to it as a biconvex lens or just convex. Further, they have a shorter focal length than plano-convex lenses of equal diameter and surface radius.

As many optical devices need longer focal lengths, the double convex lenses are more preferable. We use them for projector, monocular, telescope, cameras and more. Further, it creates the virtual image for the human eye and the real image for photography. Next, we have a concave-convex lens which curves inwards from one side and outwards from one side. We use it to balance out the spherical aberrations which the other lenses cause. Moreover, we also use it to control the laser beam. In other words, it is a combination of one convex lens and one concave lens.

We use these types of lenses for a wide range of purposes in our daily lives. For instance, the prime example is the lens in the human eyes. This is the most common use of lens which helps us in seeing better.

Further, another major example of using this kind of lens is a magnifying glass. When we place an object in front of it as a distance shorter than the focal length of the lens, it will create a magnified and erect image of the object on the same side as the object itself.

Further, we also use this lens for correcting Hypermetropia or long-sightedness. After that, we use this lens in cameras as it focuses light and creates a clear and crisp image. Similarly, we also find its uses in compound lenses in different instruments like magnifying devices. For instance, microscopes, telescopes and camera lenses.

After that, you see that a simple type of these lenses may focus light into an image, however, that image will not be of high quality. Thus, to correct the distortions and aberrations, it will be better if we combine both kinds of lenses.

Difference Between Convex and Concave Lens

Question 1: What is another name for the convex lens?

Answer 1: We also call the convex lens as a converging lens as it converges a ray of light which is travelling parallel to its principal axis.

Question 2: What are the types of the convex lens?