When it comes to geometric optics, there is no account for some optical effects like interference and diffraction. Furthermore, this simplification will turn out to be useful in practice. Moreover, it is a very good approximation when the wavelength is small in comparison to the size of structures with which the interaction of the light takes place. 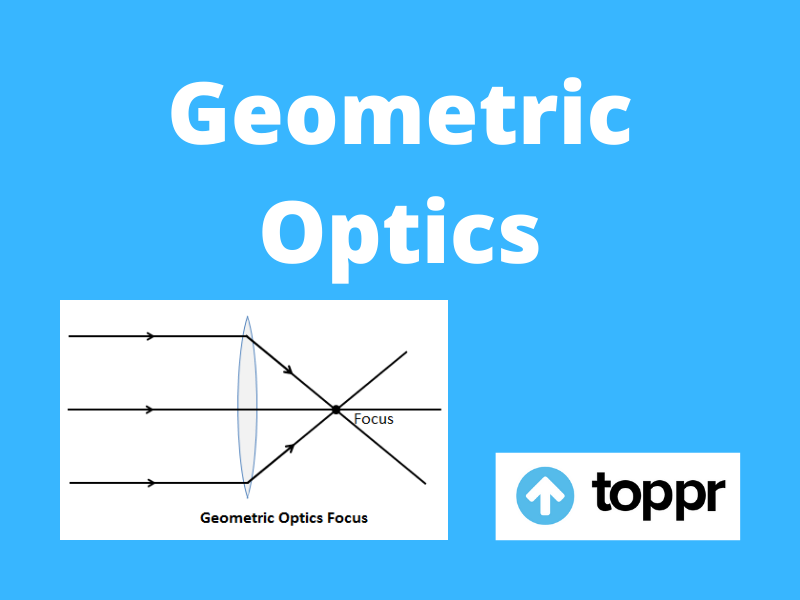 The Laws of Reflection in Geometric Optics

The conduct of the ray of light, whose rebounding take place by a smooth mirror, must be judged on the basis of the laws of reflection. However, one must need to understand the basic terms.

c= velocity of light in air

v = velocity of light in given medium

c= velocity of light in air

v = velocity of light in given medium

(n-1) is called the refractivity of the material

nv, nr is the refractive index of violet light and red light

Question 1: What is meant by geometric optics?

Question 2: Explain the refractive index of the medium in geometric optics?

Answer 2: The refractive index is denoted by the letter ‘n’. Furthermore, it is a dimensionless number that shows the radiation or light that travels via a medium. Mathematically, its expression is as follows:

‘v’ represents the phase velocity of light that is present in a medium, and

‘c’ indicates the speed of light that is in a vacuum.

Share with friends
Previous
Frequency And Wavelength
Next
Hydrostatic Paradox