What is physics? The world of Physics gets unique and intimidating with every new concept that you get to learn. Have you ever watched a plane soar above you and wondered what combination of Physics laws and automotive engineering propel that place to fly in the exact manner as you watch you, right above you? Well, Physics tends to boggle your mind with many such questions, once you get down to learn its various concepts.

Table of content
1 Suggested Videos
2 Understanding the Scope of Physics
2.1 Learn the Hacks and Tricks of Physical world here
3 What is Physics? Where the subject begins
4 Question For You

Understanding the Scope of Physics

Since the syllabus is spread logically around the study of units of measurement, the motion of an object, gravitation, mechanics, thermodynamics, waves and more, it is safe to conclude that a student holds a chance to learn the different perspectives which influence the principles of Physics to a large extent. 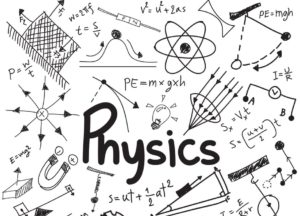 For example, when it comes to the topic on waves, a student gets to learn about the different types of waves, which includes longitudinal waves, transverse waves, and surface waves, each of which explains the movement of particles in accordance with the motion of energy. The study of such concepts is crucial to the student’s understanding about the topic itself and helps him explore the dimension of the subject further.

Similarly, the topic on kinetic theory explains the behaviour of different gases as well as the law of equipartition of energy. As per this law, in a thermal equilibrium, for any dynamical system, the total energy shall always be equally divided between the degree of freedom. Accordingly, the movement of free particles in space is defined by three different coordinates that help in specifying their location.

Learn the Hacks and Tricks of Physical world here

What is Physics? Where the subject begins

A student is expected to understand the concept of matter, space, motion, time, speed, and the laws related to each, which will help him in understanding the topic deeply. He or she can learn about how the things around us operate the way that they do. A student will come across various works of ancient physicists and their contribution to the world of science, as we know it.

Understand the scope of physics and how the subject has come to shape itself in the form of various laws, equations and theories. A student gets to learn a great deal about the history of various discoveries and inventions, which manifest themselves even in modern day physics. Thus, it presents a unique opportunity to grasp an unending scope of physics such that a student is introduced to various new concepts and key terms.

Q. Just like any other knowledge, science too can be put to good and bad use. Here are some applications of science. Classify them as Good or Bad.

Share with friends
Previous
Air Around Us
Next
Physical World