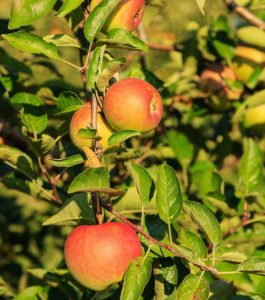 ”Every body in the universe attracts every other body with a force which is directly proportional to the product of their masses and inversely proportional to the square of the distance between them ”. That is if objects are very close to each other than the distance between them is less and so the force with which they attract each other will be more.

So here if the mass of the ball is m1 and mass of the box is m2 then, F ∝ m1 m2, and is inversely proportional to the distance between them.

The Mathematical Form of Law of Gravitation

Now we need to convert this proportionality into equality, So we introduce a gravitational constant,

Suppose you have kept two pens on the table and you want to know the force of attraction between them, you can find out easily if you know the masses of the two pens, we can calculate the force by the above universal formula.

Suppose you are standing on the top of the building and you throw a stone from a great height. Have you noticed that the stone falls to the ground? That is a  free fall. The object is falling freely on the ground.The gravitational pull attracts the object and the object completely. During free fall the direction of the motion remains unchanged. The motion is in a downward direction towards the motion of the earth.

Q. The gravitational attraction between the two bodies increases when their masses are

Ans: B. F = \( \frac{Gm_1 m_2}{r²} \) where F is the gravitational force of attraction, which increases when the masses are increased and distance is reduced.