Let’s say your weight at the doctor’s office is 50 pounds. What does that mean? Here a pound is a popular unit that we use to measure how much mass or matter something has in it. Do you know that football weighs about one pound? Thus a pound represents the value of the weights of some object. Here we will, see its definition and history and also will learn the methods for its conversions. 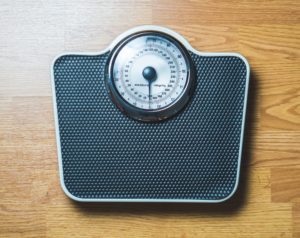 The scientific word for how much an object weighs on a scale is the mass of it.  Here we will use the words “weight” and “mass” interchangeably/ because we use them in everyday language.

Lb is used as the abbreviation of the Latin word libra. The main meaning of libra was balance or scales. It also stood for the ancient Roman unit of measure “libra pondo” which is meant for “a pound by weight.” The word “pound” is in English from the pondo part of the libra pondo. But its abbreviation comes from the libra.

Pounds (lb) and kilograms (kg) are the most common units of mass measure in their systems of measure. So an accurate conversion is needed between the two important for accurate trade, engineering, and science study. So, due to this fact, six nations convened in 1959 to agree upon an exact conversion between the pound and the kilogram.

Therefore the countries as United States, United Kingdom, Canada, Australia, New Zealand, and South Africa signed an international yard and pound agreement on July 1, 1959. This agreement established the common pound as exactly 0.45359237 kilograms. We also know it by the name international pound. Other countries who signed this agreement passed laws at various times to make it legal. Most commonwealth nations already agreed to the conversion in 1951.

This agreement established not only a link between the pound and the kilogram but a link between the metric system and all mass units. Also, there are 16 ounces in a pound. Therefore, an ounce is \(\frac{0.45359237}{16}\) of a kilogram.

A simple version of pounds to kilograms calculation uses a conversion factor of 2.2 pounds in 1 kilogram. To use this shortcut we only need to be able to calculate a half and do a little subtraction. Note that the precise value of 120 pounds in kilograms is 54.4310844. It is fairly close to a calculation that can be done mentally in many cases.

How to Convert Pounds to Kg?

Convert the mass 34 lb to kilograms as:

How to Convert Kg to Pounds?

Convert weight of 23 kg to pounds:

Q: How do you calculate scale conversion?

Ans: Making a measurement smaller or larger i.e. scale conversion, requires a common scale factor. Also, you can use this factor to multiply or divide all measurements. To scale measurement for instance when making a blueprint, simply divide the real measurement by the scale factor.