Do you know what slice of bread, a bag of chips, a pencil, and juice have in common? They can all be measured in ounces for weight. Here, the student will learn about an ounce and its definition with conversions to other units.

It is the smallest measurement unit of weight. On packages, it is referred to by the abbreviation ‘oz’ which comes from the Italian and Spanish word onza. An ounce is almost equal to the weight of a slice of bread.

For many years people used the unit for ounces without any standardized value. Once people understood its importance to communicate between regions efficiently, giving it a proper definition.

The definition is much easier to do within the Imperial System. Because the it is defined as \(\frac{1}{16}\) lb. Thus we can convert from lbs to kg to obtain its SI value. It is also possible to do in the other way to get ounces from kilograms. 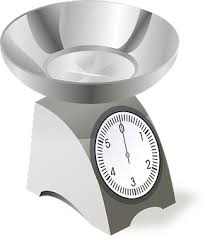 Ounce word came into English from Anglo-Norman French.  There it was unce or ounce. But its abbreviation was borrowed from Medieval Italian, where the word was onza. Nowadays, the Italian word is oncia, and the area once covered by the Roman Empire has long since switched to the metric system.

Grams and ounces both are the units of measurement that associate with the concepts of mass and weight. The gram is a metric unit to measure the mass. Ounces are typically used in the United States for measuring the mass. It results from dividing a pound into the sixteen equal parts.

We can convert grams into either of these ounces by using the appropriate conversion factors. Multiply the value in grams by 0.035 ounces per gram. This will give U.S. ounces. As an example, we can say 100 grams is equivalent to 3.5 ounces

Steps for Converting Ounce to Gram

1: Convert the ounces to pounds first.

2: Then convert pounds to kilograms.

In order to convert a value from one unit to the other, we multiply it by the conversion factor i.e. the ratio of the units set up as a fraction. Use the following equivalent units to convert ounces to grams.

Steps for Converting Gram to Ounce

1: Convert the grams to kilograms first.

2: Then convert kilograms to pounds.