For counting and solving maths problems, we use a base-ten system. However, if you would like to program computers, you need to learn about hexadecimal, a number system based on sixteen. Furthermore, computer scientists create the computer systems that we use to surf the net, play games online, and even read online lessons.

In addition, they program computers using a number system called hexadecimal. It is very important in terms of the computer world. Let us discuss its definitions and conversions. 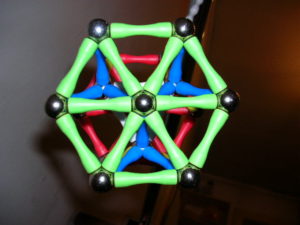 First, we must know the letters in a hex all have decimal equivalents, as listed in the table above.

For converting it to a decimal manually, we must start by multiplying the hex number by 16. Then, we raise it to a power of zero and increase that power by 1 each time from right to left. We start from the right of the hexadecimal number and go to the left for applying the powers. Each time we multiply a number by 16, the power of 16 increases.

When converting the (C9)16 hexadecimal to decimal your work should look something like this:

Then, we add the results.

We raise the number 16 to zero for the rightmost bit of the question. As we move the power 16 is raised by one more than the previous bit from right to left.

Then, we add the results.

To convert from decimal to hexadecimal we will divide the decimal number by 16 repeatedly. Then, write the last remainder we obtained in the hex equivalent column. If the remainder is more than nine then change it to its hex letter. Now, the answer is taken from the last remainder obtained to the first remainder. Refer to the diagram below as an example:

Thus, the answer is C9. As you can see, it contains fewer bits than its decimal equivalent is 201.

In this example, we want to convert decimal (3000)10 to hexadecimal.

Q.1.How many permutations are there when using the hexadecimal system?