Table of content
1 Introduction to Centigrade
1.1 Definition of Centigrade
1.2 Conversions From One Scale to Another
1.3 Why is Centigrade Conversion so difficult?
1.4 Difference between Centigrade and Celsius
1.5 Some solved questions for you

If you are planning for an outing on a day, then its a good idea to check the weather forecast before you leave. You would certainly like to know whether the temperature will be warm or cool. This is possible to know and compare by knowing the temperature in centigrade scale.

Furthermore, it can take place on the scale of Fahrenheit as well. But the most basic unit and rule to measure and represent temperature value was Centigrade. Students will learn about its definition and conversions in this topic.

So let’s define the centigrade. Always remember that this scale is the old name for Celsius. 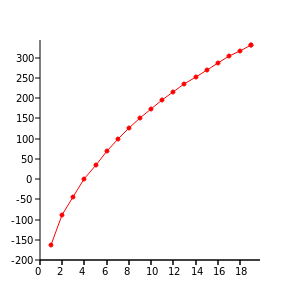 Anders Celsius was behind the invention of this scale in the early 18th century. Furthermore, in his older version, 100° was representative of the freezing point of water while 0° was representative of the boiling point. Further, there was much less confusion for users found it less confusing if  0° was the freezing point and vice-versa. Consequently, zero was set as the temperature at which water froze.

Later, a redefinition of the zero degrees C took place as the temperature at which point ice melts. The other point at which Celsius was set as 100 degrees Celsius now became the boiling point of water.

Since the definition, the Celsius scale has been redefined in the scale of Kelvin. The definition of Zero degrees Celsius is now as 273.15K. As one degree Celsius is equal to one Kelvin, the boiling point of water is equal to 273.15 + 100 = 373.15 in Kelvin scale.

Earlier, Celsius used to be called Centigrade, it has the same scale as Celsius. So, the freezing point of water is

Conversions From One Scale to Another

3.From Centigrade scale to Kelvin scale:

Why is Centigrade Conversion so difficult?

The only temperature system that works intuitively, where a doubling of value doubles the energy is the Kelvin scale. In its absolute zero is 0, body temperature is 310.15K and boiling water is 373.15K. On the other hand, in the Kelvin scale, the zero end of the scale is too far from the human experience.

Difference between Centigrade and Celsius

It’s just a naming convention. Both temperature scales are the same things. Sometimes, individuals call Celsius as Centigrade because the definition of the scale was between 0 and 100 degrees.

Some solved questions for you