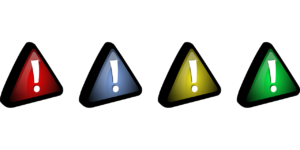 There are different types of questions that can be asked from the letter & symbol series. Below are a few of the types along with the questions.

Q. Look at the given series and fill the blank given.

Also, there is a second series which involves the remaining two letters. These letters are supposed to be 2 consecutive letters. Also, it should start from the letter C which is CD, EF, GH, IJ, AND KL. So, the missing term here in the blank will be VIJ.

Q. Look at the below-given series and fill in the required blank.

The above series given is divided into three different sequences. All the letters in the series are the sequence. The 1st letter in all the series is K, L, M, N, so the next letter will be O. So, the second and third letter will be followed by an E and P. So, the final answer here will OEP.

Q. Complete the given blank in the series below.