In Statements and Conclusion, approach the questions from a different angle and perspective. The questions are such that they will test your ability as to how you interpret the sentence. Thus, analyzing the statement and its consequences before reaching for the correct answer. Try and develop logical approach so that you can be able to draw a valid conclusion. Let us learn more about them.

Solved Examples of Statements and Conclusion

Q. Statement: Interview panel may select a student who does not possess the desired abilities nor any value.

Conclusion.
1 The inclusion of experts in interview panel does not ensure that the candidates will be selected properly.
2. Interview procedure of admission does have some limitations.

The question states that a candidate who does not have prerequisite skills may also get selected. This clearly means that even though there are experts in the interview panel the selection is not proper. Further, it also indicates that there are limitations for the interview panel. Thus both the conclusions are correct. So, the correct answer is D. 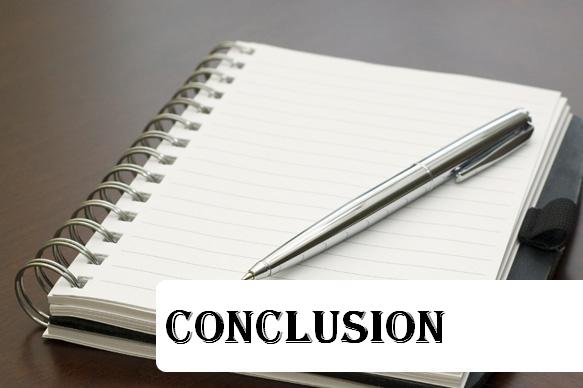 Q. Statement: In India, there should be more and more emphasis given to the agricultural engineering and technological fields instead of pure and basic science.

Conclusion
1. Sufficient development has been achieved in India in the field of basic and pure science.
2. The production industry in India was neglected in the past.

The statement given in the question states that the emphasis should be laid more on the agricultural and technological field instead of basic and pure science. But there is no mention of the achievements of science. So, it cannot be clearly said whether the achievement in science is sufficient or not. Similarly, there is no mention of production sector and thus it cannot be stated whether it was neglected or not. So, neither statements can be concluded and thus the correct answer is C.

Examples Based on More than Two Conclusions

Find the conclusion which follows the statements given in the question.

Q. Statement: It was informed in a Rajya Sabha today that the vehicles contribute to almost 60 % of the total pollution level in Delhi.

The best way to solve this type of questions is to go through all the options one by one and negate them. This will make it easier for you to find the answer.

Option 2 is also vague because it does not necessarily talk about the reason for the information. And even though if the court has ordered to identify the source there is no need to discuss it in Rajya Sabha. Thus, the only option left is 1 and it can be an inferential conclusion because if the problem is high on the work list than it will be immediately informed once the people have all the data. So, the correct answer is A.

Q. Statement: The majority of Indian laborers belong to the unorganized sector and most of these laborers earn very little.

Q. Statement: Any student who does not behave properly in college brings a bad name to himself as well as the college.

Conclusion
1. Strict discipline does not improve the behavior of the students.
2. Such students should be removed from the college.

Q. Statement: The chief minister of Gujarat expressed serious concerns about the increase in the drop out the percentage of the government schools.

Conclusion
1. Gujarat is trying to increase the literacy rate in the state.
2. There is a growing concern about the plight of the students in Gujarat state.