Following section is the Statements Practice Questions section. We have a complete collection of the Statements Practice Questions here. In this type of questions, a statement concerned with a political, social or economic issue is given, followed by two arguments, generally one in favor of and one against the statement. The candidate is required to analyze first the statement, then the arguments in the context of the statement and decide which of the arguments holds strong, and helps, formulate the most appropriate opinion on the subject.

Directions: Each of the following questions consists of a statement followed by two arguments I and II.

Give answer: (a) if only argument I is strong;

(b) if only argument II is strong;

(d) if neither I nor II is strong and

(e) if both I and II are strong

Q1: Statement: Should the number of holidays of government employees be reduced?

Arguments: I. Yes. Our government employees are having the maximum number of holidays among the other countries of the world.

II. Yes. It will lead to increased productivity of government offices. (Bank P.O. 1998)

Q2: Statement: Should foreign films be banned in India?

Arguments: I. Yes. They depict an alien culture which adversely affects our values.

II. No. Foreign films are of a high artistic standard.

Q3: Statement: Should there be reservation of seats and posts on communal basis?

Arguments: 1. Yes. It will check most of the inter-communal biases.;

Arguments: I. Yes. They will help in the industrial development of the country.

II. Yes. They will reduce the burden on the employment market.

Arguments: I. Yes. This money can be utilised for uplifiment of the poor.

II. No. Sportspersons will be frustrated and will not get international exposure.   (Bank P.O. 1996)

Q6: Statement: Should octroi be abolished?

Arguments: I. Yes. It will eliminate an important source of corruption.

II. No. It will adversely affect government revenues. 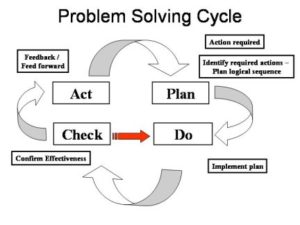 Directions: In each question below is given a statement followed by two assumptions numbered I and II. Consider the statement and decide which of the given assumptions is implicit.

Q1: Statement: It is desirable to put the child in school at the age of 5 or so.

Assumptions: I. At that age the child reaches the appropriate level of development and is ready to learn.

Q2: Statement: “You must learn to refer to the dictionary if you want to become a good writer.” — A advises B.

Assumptions: I. Only writers refer to the dictionary.

II. All writers good or bad refer to the dictionary.

Q3: Statement: The chairman and secretary of the housing society have requested society members to use water economically to help society to save on water tax.

Assumptions: I. Majority of members of society are likely to follow the request.

Assumptions: I. We will always have necessary funds in our account to settle the bills.

II. We are capable of verifying and clearing the bills in less than three working days.

This section also consists of a similar type of questions as in the above section, with the difference that three assumptions are given and the candidate is required to choose that group which is implicit in context of the given statement.

Q1: Statement: The company has recently announced a series of incentives to the employees who are punctual and sincere.

Assumptions: I. Those who are not punctual at present may get motivated by the announcement.

II. The productivity of the company may increase.

III. The profit earned by the company may be more than the amount to be spent on the incentive programmes.

In this type of questions, a statement is given followed by two courses of action numbered I and II. The candidate is required to grasp the statement, analyze the problem and then decide which of the courses of action logically follow.

Q1: Statement: Many cases of cholera were reported from a nearby village.

Courses of Action: I. The question should be raised in the Legislative Assembly.

II. A team of doctors should be rushed to the village.

just leave a couple of questions aside

leave a couple of questions to practice