Electricity is essential for day to day life. Have we ever thought of living without electricity? Do we have any alternative which can give us light without a supply of electricity? These are the questions which worked as a catalyst towards the invention of the electric cell which we can use to generate electricity.

This can function by receiving electric supply from a cell which is made of different chemicals and can store electricity for some period of time. Is this a constant source of electricity? Can we store this for better use? Let us study more.

An electric cell is something that provides electricity to different devices that are not fed directly or easily by the supply of electricity. It has two terminals. One is the positive terminal and another one is the negative terminal. 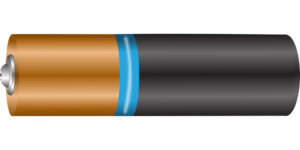 A bulb has two terminals. The bulb has a spirally wound wire, filament, inside it. Two thick wires at the ends support this filament. An electric cell is connected to the terminals of the bulb. Hence, electricity from it passes through the bulb. The filament in the bulb glows and emits light. This is because the circuit is complete now.

Identification of Positive and Negative Terminals

Q. How is electric cell related to torch bulb?

Ans: An electric cell only provides electricity and that is the reason the bulb will glow. It provides electricity to so many devices, for example, alarm clocks, toys, pocket radios, emit light. Inside the torch, the bulb has a filament which is supported by two thick wires at its ends. When with the two terminals of the bulb, the +ve & -ve terminals are connected then electricity passes through the filament and it starts glowing.