Attraction is the basic property of the magnets. Magnet attracts metallic objects like iron, nickel, and cobalt. But did you know metal is useful in generating electricity as well? What else can magnets do? What are the applications of magnets? Let us find out!

We already know that magnets are made up of the magnetic substance. Magnets have certain important properties. They are:

Magnets attract other magnetic substances. This property can be demonstrated with the help of a simple activity. 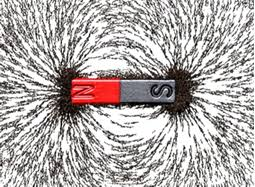 Directive Property of the Magnet

A freely suspended magnet always points in north-south direction This can be demonstrated with the help of a simple activity.

A magnet is used to separate the useful magnetic substance like steel and iron from waste by the method of magnetic separation. This is done as follows. An electromagnet is fitted to the long arm of the crane. This is lowered over the heap of waste material and electromagnet is switched on. Directive property of magnet is used to prepare magnetic compass. Compass is an instrument which is used to find the directions. Compass consist of a tiny magnetic needle which is pivoted from the center and is free to rotate. The compass has a circular dial in which directions are marked. The needle of the compass always points in the north-south direction. It is used by soldiers in the Jungle and sailors in the sea to find directions. 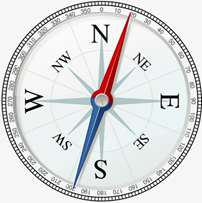 Magnets are used to hold objects like the doors of the refrigerator, pencil box lids, magnetic stickers etc.

Q1. Poles are not marked in a bar magnet. How will you find out its poles?

Ans: To find out the poles, we will take another bar magnet with known poles. We will bring one of the poles of the given magnet close to the north pole of the magnet. If it attracts the pole is the south pole. If it repels it is North pole.

Q2. You are provided with two identical metal bars. One out of the two is a magnet. Suggest two ways to identify the magnet.

Ans: Both are freely suspended. One who will align in the north-south direction is a magnet, Bring a magnet close to both the metal bars and test with both the poles. One who shows repulsion is a magnet.

What’s the difference between electromagnet and simple electric motor?

electromagnet it is a type of temporary magnet when the electric current flows through it wire that is coiled on it it started working like a magnet can attract magnetic materials .

a magnet is a device that attract magnetic material and also using compass for finding direction. The lodestone is a natural occurring magnet and can be called a natural magnet.the natural Nani suno not have an exact shape and they also have a small quantity to track for a small attractive force to attack and object made of magnetic substance.
Thank you I hope it help you

What happens if a Wood, a non magnetic material, is placed between a permanent magnet and a nail. Will there still be an attraction between the magnet and the nail

What is a magnet

Who is/ are the author(s) of this work?