Have you heard your parents speak of pure and impure water? Do you know what that means? In this chapter, we will tell you more about it! Here, we will cover the concepts of pure substances. You will get a detailed information about the types of pure substances and their properties. This is a very interesting concept and an important one from the exam point of view.

Table of content
1 Suggested Videos
2 Types of Substances
3 Types of Pure Substances
4 Element
4.1 Browse more Topics under Is Matter Around Us Pure
4.2 Characteristics of Elements
4.3 Metals
4.4 Non-Metals
4.5 Metalloids
5 Compound
5.1 Properties of a Compound
6 Question For You

Substances are basically classified into two types. They are:

Learn more about the Suspension: a Heterogeneous mixture of two or more substances.

Now that we know what are the basic types of substances, let us cover the concept of pure substances in more detail. 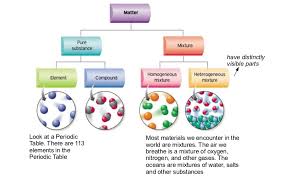 Based on their chemical composition, pure substances are classified into two categories: 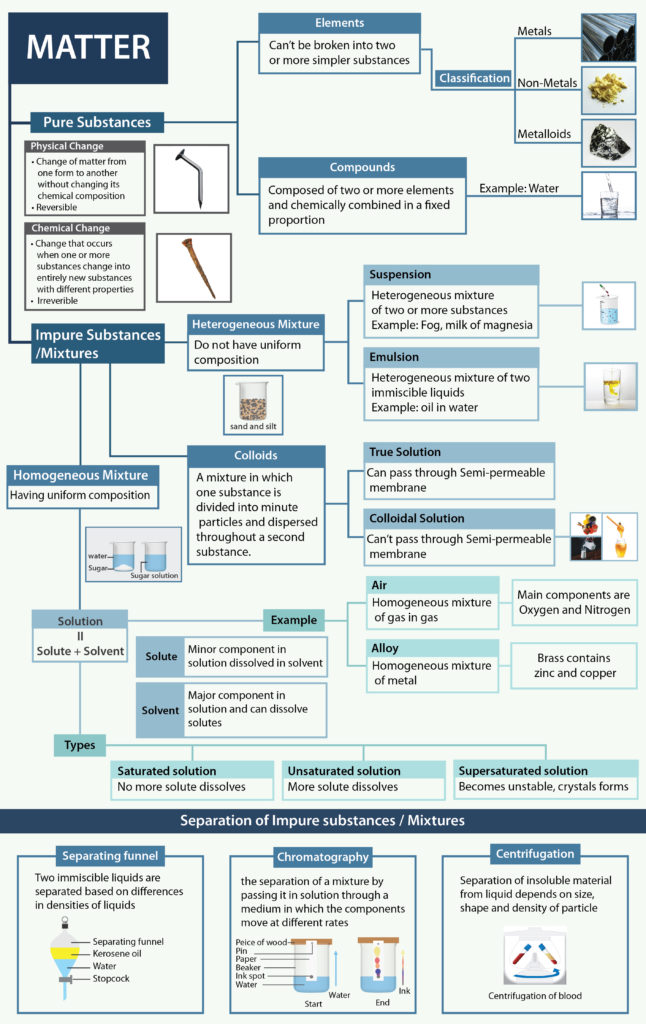 A pure substance that has only one kind of atom and cannot be broken into two or more simpler substances by physical or chemical means is an element. Therefore, when you break down gold, you still get gold. It is an element.

Browse more Topics under Is Matter Around Us Pure

Now, let us look at what metals are and what their properties are.

Metals are the elements that readily lose an electron to form a positive ion or a cation. Example: Gold, silver, copper, iron, potassium etc. Properties of Metals are:

Yet, there are some exceptions to this. For example, Sodium and potassium are soft metals. Tungsten is a poor conductor of electricity and so on. Therefore, it is good if you are aware of the exceptions.

Non – metals are those elements that readily gain an electron(s) to form a negative ion or anion. Examples include Hydrogen, Oxygen, Iodine etc. Properties of non-metals are:

The elements which have intermediate properties between those of metals and non-metals are called metalloids. They are amphoteric in nature. Metalloids react both with acids and bases. Examples include boron, silicon, and germanium.

Properties of a Compound

Q2. Name one metal that exists in liquid form at room temperature.

Q3. Name one compound that you can break down by the process of electrolysis.

Q4. Which forms do non-metals exist in?