Have you ever noticed the watch repairer? How does he manage to locate and fix such tiny particles of the watch? What do you think does he uses to view such small parts? Yes, he uses an eyepiece that has a lens that magnifies the parts of the watch. So let us now study the types of lenses and also the images formed by lenses.

A lens is a part of a transparent thick glass which is bounded by two spherical surfaces. It is an optical device through which the rays of light converge or diverge before transmitting.

Types of Images Formed by Lenses

Lenses are of two kinds: Convex Lenses and Concave Lenses. 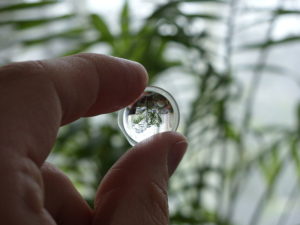 In case of the concave lens, we always get erect images, diminished images and virtual images.

Here if the object is very far away, the images formed by lenses will be all the more diminished. 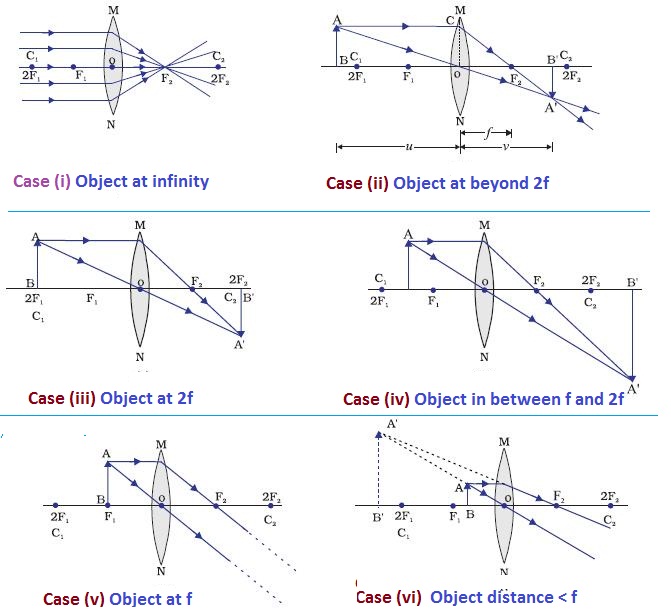 Which lens would you use as a magnifying glass? 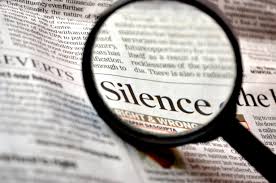 Images through lenses as real, virtual, erect or magnified

Learn more about the Different type of Mirrors here.

Question. How should people wearing spectacles work with a microscope?

Solution: Option C. If operator using microscope usually wears spectacles for working at their PC’ s, they often need to remove them while looking through the microscope so they can align their eyes correctly.