It is an important part of a cell of living organisms. Mitochondria within eukaryotic cells that produce adenosine triphosphate i.e. ATP. ATP is the main energy molecule which a cell uses. The question that who discovered mitochondria will be answered here.

Due to this reason, we sometimes refer the mitochondrion as the powerhouse of the cell. Mitochondria are found in all the eukaryotes, which are all living things that are not bacteria.

Mitochondria produce ATP through the process of cellular respiration requires oxygen. The citric acid cycle i.e. Krebs cycle takes place in the mitochondria. This cycle involves the oxidation of pyruvate, which comes from glucose.

Mitochondria are the powerhouses of the cell which is subcellular, cylindrical organelles in eukaryotes.

They have the main impact on body metabolism in people with autism and additionally play a role in each individual’s wellbeing. Every living organism originates with a cell and there are a number of mitochondria in each cell.

Mitochondria are organelles located in the cells of each organism. These organelles are a rod-like structure that exists in plants as well as in animal cells.

They create almost 90% of the chemical energy which cells need in order to survive. They produce energy and chemicals as well which the body system requires for different purposes. It also recycles some of the wastes to save energy. 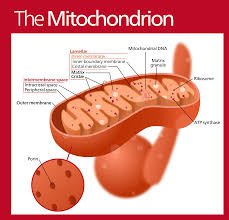 Coming to who discovered mitochondria, around 1890, a German scientist Richard Altmann developed a better way of preserving tissues meant for examining under the microscope.

He used a new acid-fuchsin tissue stain to prepare the slides. He could then see filaments which were looking like strings of granules within nearly all cells.

Then, he called these structures as bioblasts. Also, based on the research Altmann proposed that the granules were basic living units within cells that were responsible for metabolic processes.

In 1898, Carl Benda, another German scientist, published results from using yet a different stain, crystal violet, for studying cells under the microscope.

He further investigated Richard Altmann’s bioblasts and saw structures that sometimes looked like threads and at other times resembled granules. He then coined the term “mitochondrion” for them, from the Greek words “mitos,” and “chondros”.

Meaning of which is “thread” and “granule,” respectively. Its plural is “mitochondria.” In 1900, Leonor Michaelis produced his study of the dye Janus green stained mitochondria in living cells. It proves that they were real and not artefacts produced by preparation techniques.

Initially, Altmann suggested that bioblasts were symbionts. He thought them capable of basic metabolic processes and considered them as independently existing microorganisms.

His theory was dismissed until the work of American scientist Lynn Margulis during the 1960s.  Her proposal says that mitochondria originate from independently living bacteria which engulfs by another cell. This process is endocytosis.

These bacteria had adapted the living as endosymbionts within the host cells.

The Functions of Mitochondria

Its primary function is to turn glucose into energy via cellular or aerobic respiration utilizing oxygen and water. This happens when food breaks down into the smallest nutrients and molecules. Then it intakes air and the least molecules and nutrients move into the bloodstream.

These nutrients and molecules consist of glucose and oxygen. As the fire burns oxygen and emits water and carbon dioxide, therefore mitochondria act like heaters when they turn glucose into adenosine triphosphate.  They utilize oxygen and give off the water with carbon dioxide.

However, in plants, mitochondria work with chloroplasts to control ecological factors and make the genetic material. They work independently to produce functional energy for natural activity.

Q: Which is NOT a reason why mitochondria are thought to have evolved from free-living bacteria?