Endoplasmic reticulum function and structure of the cell is found in both plants and animals.

In addition, they are a cell with multiple membranes. It protects themselves from outside attack. Besides, we will study them deeply on this topic.

Endoplasmic Reticulum (ER) is the tubular membrane inside the cytoplasm of the cell. Also, ribosomes cover their surface.

Besides, the ER has both smooth and rough surface. In addition, they help in the transportation process. Transportation of food material, water and minerals in the body of a living organism.

Furthermore, the ER is an organelle that is present in the eukaryotic cell. Also, it is a very important site for making lipids and other proteins. Alos, 50% of the total animal cell membrane consists of the ER. 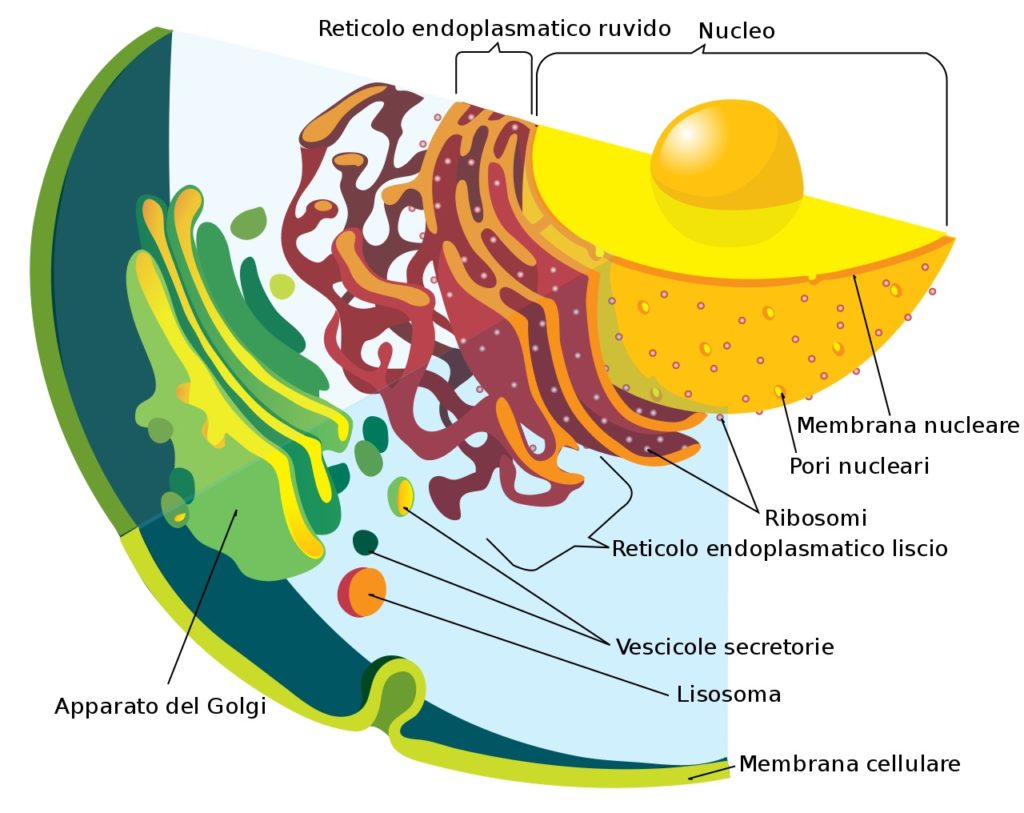 They make of flat closed pouches. They connect with the nuclear membrane. Moreover, its surface is rough because ribosomes cover it. Also, they play a key role in the synthesis of protein.

The rough surface of the ER feature differentiates it from the main ER functionally and superficially.

In addition, the rough ER membrane covers the nuclear envelope around the nucleus of the cell.

Furthermore, the rough ER near the Golgi apparatus helps in many things. Like the transport, packing, and modification of proteins for delivery to the target destination.

The structure of the ER membrane divides into two parts. They are cisternae and sheets. Besides, cisternae is a three-dimensional polygon-shaped network. It is tubular in structure.

Membrane encloses the ER sheets and two-dimensional flat sacs that spread across the cytoplasm.

Frequently, their association is with the ribosomes and a special protein. They are named translocons. These proteins are needed for converting within the rough ER.

Besides, the ER is a widespread network. A network of membrane network of cisternae. They are put together with the help of cytoskeleton.

In addition, the phospholipid crust covers a space. The lumen from the cytosol that continuous inside this perinuclear space.

Most noteworthy, the structure of rough ER is covered with the ribosome. They manufacture proteins. In addition to storing and transferring them.

Moreover, the smooth ER involves a tube-like structure. It is present near the cell periphery. Also, this network increases the area for storage of key enzymes and their products.

The proteins synthesized by the rough ER. While, on the other hand, the smooth ER performs the synthesis of lipids and steroids.

Besides, it also controls calcium concentrates. And, metabolization of carbohydrates, attachment of receptors on cell membrane proteins, and drug detoxification.

Above all, the ER is a wide-ranging extent. It is from the cell membrane through the cytoplasm. Moreover, it has a continuous connection with the nuclear envelope.

Q. What is the function of Endoplasmic Reticulum?

A. On the surface of the rough ER, there are ribosomes. They involve in the production, folding, quality control and sending of protein.

On the other hand, smooth ER-connects with other things. For instance, lipid manufacturing, steroid production. In addition, hormone production, metabolism, and detoxification.